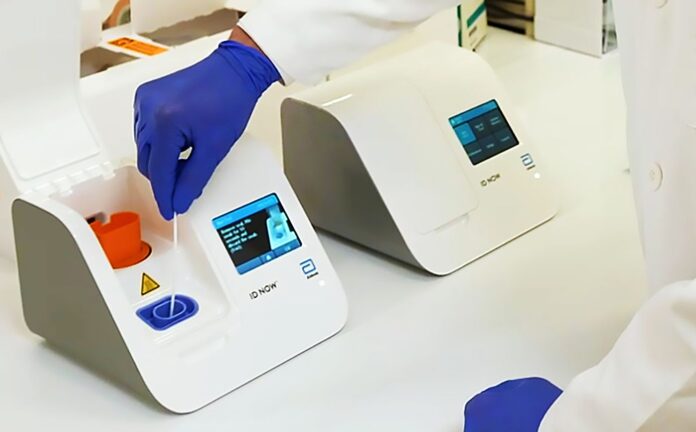 The WHO has pledged to make COVID-19 testing quicker and simpler. A new testing kit can give out results in as little as 30 mins as compared to the 72 hrs kit that was available at the start of the pandemic. The new testing kit has shown excellent results and will help the concerned authorities to control the spread of the virus.

COVID-19 has now claimed more than a million lives, and there are twice as many live cases.

The World Health Organization says that if proper funding is available, 120 million test kits would be available to the developing countries for as low as $5.

In addition, US President Donald Trump has authorized the distribution of 150 million test kits in the US alone.

As everything is reopening and people are again starting to socialize, the number of infections is going up again. Efforts to secure cheaper test kits will hopefully help in controlling the spike.

The number of live cases has gone up significantly in Europe, forcing the government to double down on movement control to control the virus.

The Second Wave Of The Deadly COVID-19

The whole of Europe is struck with the second wave of infection. The medical departments of the Czech Republic and Slovakia are preparing for a state of emergency. Moreover, important cities like Paris, London, Barcelona, and Madrid have all implemented stricter controls over movement with hopes to control the spread of the infection.

Testing for COVID-19 has been difficult for developing nations. Their testing capacities were limited, and the spread of the virus has been alarmingly high. 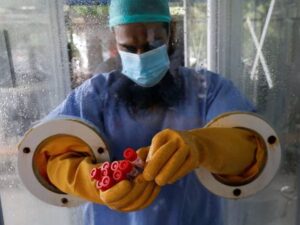 The quick diagnosis kit is cheaper and is much less technical than polymerase chain reaction (PCR) swab testing. These kits will help to control the spike with timely testing.

Although the kits are cheaper, they tend to give a false negative at times.

Tedros Adhanom Ghebreyesus, the director-general of WHO, said,

“This will enable the expansion of testing, particularly in hard-to-reach areas that do not have lab facilities or enough trained health workers to carry out PCR tests”.

Due to the pandemic, the press conference was a virtual address.

Michael Mina welcomed the new testing initiative taken by the US government and the WHO. He thought that the drive “is terrific and is a great start” Michael Mina serves as an Assistant Professor of Epidemiology at Harvard University.

He, along with other health experts, has been demanding more attention towards improving testing capacities.

Harvard epidemiologist Michael Mina added that the amount distributed by the US government was “simply not sufficient”, and production should increase ten- or twentyfold.

Governments are in limbo as they figure out whether to let the economy flourish or to keep people safe as the spike intensifies.

Renewed Threat To The World Economy

In Spain, whole cities are under a lockdown to control the second wave of infection. On Spain’s RNE public radio, the Minister for Justice Juan Carlos Campo said,

“There is no doubt that the central government is prepared to do whatever is necessary,”

So far, the pandemic has infected more than 33 million people. It has claimed over a million lives. The curve did indeed get flatter. But, mid-September saw a record increase in cases as businesses and the economy started to operate again.

WHO conducted a statistical analysis of the pandemic. It revealed that if the curve is not dealt with, the number of deaths could cross the 2 million mark in the coming months.

Zainab Yaqoob - August 25, 2021 0
Turkish TV teases release date for Kurulus Osman season 3 Kurulus Osman is a Turkish drama series that is about the Ottoman Empire. In this...