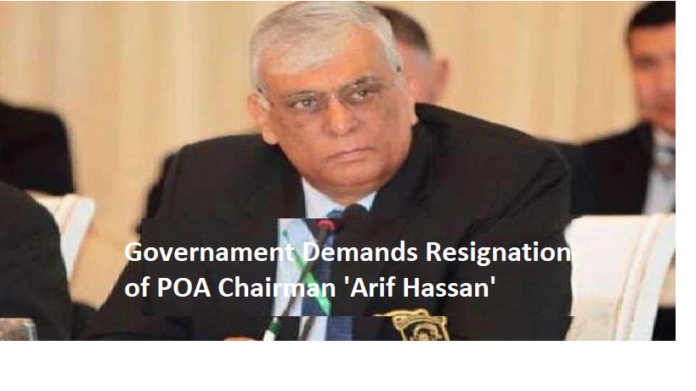 According to a report in The News, the Pakistani Government asked for the Resignation of POA Chairman ‘Syed Arif Hassan’ from his seat due to the bad performance of the athletes of Pakistan in the Olympics of Tokyo 2020.  Since 2004, Arif Hassan has been working under the Pakistan Olympics Association as a president.

Dr Shahbaz Gill made a conference with the Minister for the Inter-Provisional management Dr Fehmida. In this conference, it was said by Shahbaz Gill that only four Pakistani players could be qualified for the games of the Olympics due to Pakistan Olympics Association’s failure. Moreover, he clearly said that there would be no acceptance of failures in sports.

Dr Shahbaz Gill revealed that government officials were not the part of Pakistan Olympics Association and that one person has worked at the Pakistan Association Olympics for the past 17 years.

He said that those players who were against the alleged president of the Pakistan Olympics association were disqualified from the Olympics. Alliances and Interim Committee are now bored of Hassan and are not willing to give more chances to the president of POA Syed Arif Hussain.

multinews - January 10, 2021 0
Users have until February 8 to accept these new terms, WhatsApp meanwhile has reiterated that all messages are end-to-end encrypted. A new notification has been...