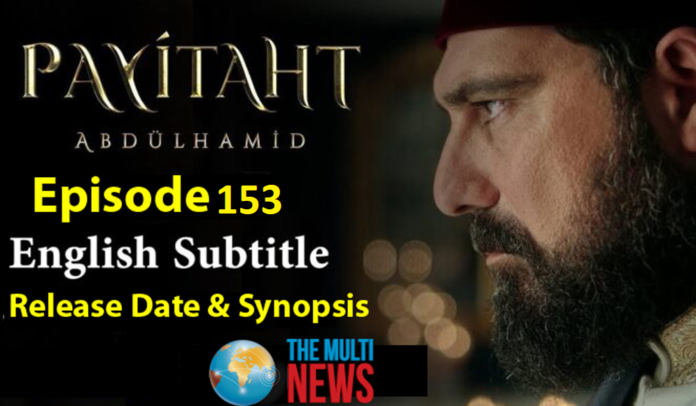 In Payitaht Abdulhamid  Episode 153, One of the assassins was killed by Shehzade. however, he was fired by Palmer. Nadir and Soghutlu attempted to catch palmer but he ran away. Quickly, the doctors of the palace began the surgery of Ahmed Nuri and pulled the bullet out of his body. Later, Hunkar informed the people that he believes in the murder of palmer. Kani received a message from Mahmud and later he told the news of Karasu’s arrest to Frida and Sabahaddin.

Abdulhamid got the secret news of the coming of Edward the British king to Russian tsar Nikolai. Hunkar permitted Mary and came to the dungeon. and there he gave the medicine to protect Victor. Hunkar met with Pashas and trusted hi Hunkar told pashas that Balkans were in critical condition. At that time, Nikolai infirmed that he would begin a revolt in Albania by using Esat. And later he will start a rebellion in Macedonia too. Esat was asked by Hunkar to communicate with journalists so that he tried that there would be no issue in Albania.

Esat talked with journalists and meanwhile, palmer arrested Esat. Nikolai informed that it will take a long period to be succeeded in their planning about the Balkans. That’s why they had to arrest the Straits. Edward had a meetup with his assistance about this problem and said to palmer to reveal their plan about the war of Russia. After arresting Esat, Hunkar made a plan with Karasu to arrest Palmer too. Palmer got the news from Edward and he called the Russian delegate quickly.

Karasu visited palmer and informed him about his planning.  When the Russian delegate was communicating with Palmer then information came that doctor Hunkar was searching for what was dead at the embassy of Russia. At the request of palmer, the Russian delegate came to the palace immediately. He asked Hunkar to find the embassy. When Esat was trying to escape with palmer in the port, then he was taken by anywhere by Karasu. Selim murdered palmer when the soldiers were trying to arrest palmer. Soghutlu got the Russian war plans in the bag of a doctor and brought these documents to Hunkar instantly.

Episode 153 will appear here with English subtitles after release

Episode 153 will appear here with Urdu subtitles after release