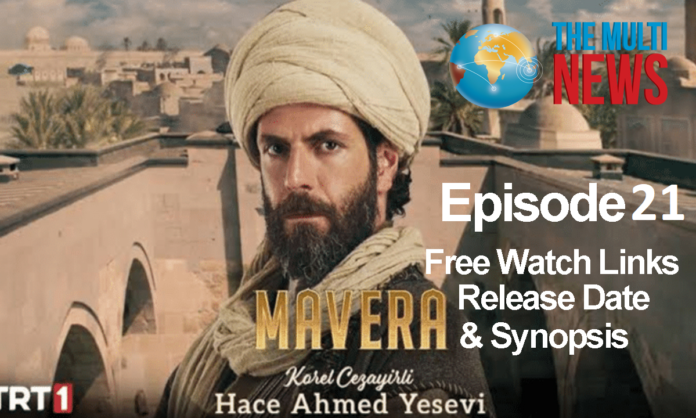 In Mavera Episode 21, Pehlivan considered that Leyla had informed about caliph to Atif but he said nothing on it. Mustershid moved to the plains of gypsies and paid gratitude to people who saved his daughter. Dai told that Atif is not a part of his plan now but the Sazlik neighborhood is still in his plan. Shahsuvar was nervous because Necip was not getting well so he visited Ahmed’s shop. Shahsuvar informed that every person in the Sazlik neighborhood was becoming ill and he demanded help from Haje.

Ahmed was trying to understand the cause of the illness of Necip. Mustershid called Atif and asked him the reason for his betraying. Atif told that every allegation was against him although he wanted to save the caliph. Mustershid sentenced Atif to death but Atif begged for his kindness. Mustershid said that if Atif told him the truth he would set him free. Necip was died due to illness.

Shahsuvar began to cry and went out from the Sazlik neighborhood. Khutluk was brought from the plain by Mansur and showed him the condition of people in the district of Sazlik. Ahmed asked Khutluk to search for a treatment for this illness. Saltukh came to the shop of Hisam and inquired him about the flour buns. Hisam told him that Dubeys bought these poisoned flour buns in a large amount and assaulted Saltukh but in vain. That night, Saltukh prayed for Necip in his graveyard.

Saltukh reached soon and informed that Bedouin spies were killed by Dubeys. He also told that Dubeys purchased these toxic buns of flour. Ahmed found the poisonous bread and moved to the library to search for the cure of this disease. Dai told that Atif would not be killed by him and he asked Mervan to begin a revolt. Ahmed had prepared medicine and told Khutluk about it. Mervan informed his followers that they started a rebellion against the caliph, then Shahsuvar came back to the city.

Episode 21 will appear here with English subtitles after release

Episode 21 will appear here with Urdu subtitles after release

Afreen - January 22, 2021 0
Kurulus Osman Episode 43 Release Date and Synopsis and How to watch with English and Urdu subtitles Free of cost