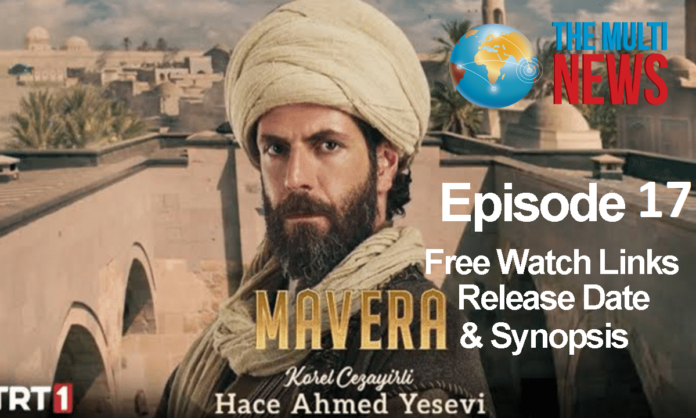 In Mavera Episode 17, When Ahmed and Mahmud were going, Ahmed saw a man on his way. He asked for water from them and told them his story. Leyla came back to Baghdad when Mahbube died. Pehlivan pacified Mahmud and Shahsuvar. Leyla wanted the proper burial of Mahbube. When Atif knew that Caliph had woke up then he went to communicate with the doctor in the palace. Turab went to the garden with Ahmed and Mansur and told the methods of grafting.

Asife privately wanted to give medicine to her father but the soldiers of Atif forbidden her from leaving the room. Haje did not return and Necip began to weep. Saltukh followed Dai and found his secret place. Due to a trap, Saltukh got a wound in his foot. Dai asked his soldiers to arrest Saltukh. Turab was given fruits by the owner of the garden. Turab distributed fruits among Ahmed and Mansur. Ahmed inquired Turab about his knowledge about gardens and trees.

Then a man entered the garden and assault the garden owner. Ahmed pacified them and heard them. Dai moved to his hiding place and told that somebody knew about his secret place. Some soldiers were attacked and killed by Saltukh. Turab heard the two men and said that you both were wrong.

The helper of Mervan went to the house of Leyla and asked her that Mahbube would not have any burial because of Leyla’s misdeeds. Pehlivan hit him. Dubeys get the flour from Dai and asked them to prepare toxic buns for the people of district Sazlik. The next day Ahmed get up and learned Turab had left. Ahmed said that he would not come back to Baghdad. then, Hemedani arrived.

Episode 17 will appear here with Urdu subtitles after release

Afreen - December 18, 2020 0
Kurulus Osman Episode 39 Release Date and Synopsis and How to watch with English and Urdu subtitles Free of cost