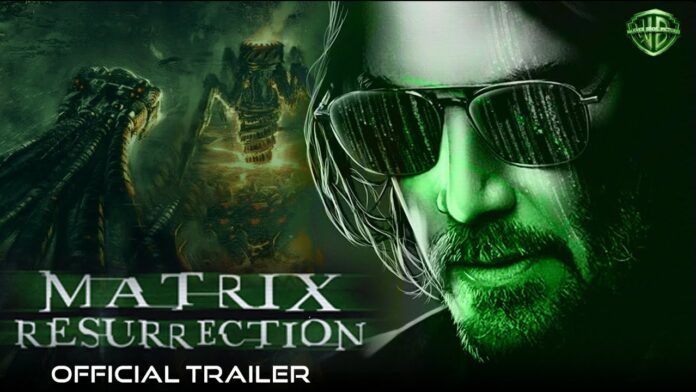 Warner Bros has announced that the first clip for Matrix Resurrections will be made public on the internet on Thursday, September 9. It is having two variants which are based on the film’s icon and a symbol of blue pill that gives the first look at the next Matrix movie. The studio said that the actual release time for the teaser of Matrix Resurrections is 6:30 pm IST/9 am ET/6 pm PT on Thursday. Nothing to say about the dubbing of the trailer in different languages like Hindi, Tamil or Telugu.

The fourth entry of the Matrix series brings back the lead characters Keanu Reeves and Carrie Anne Moss. And the writer-director Lana Wachowski made the first three movies of this series. On Tuesday, Warner Bros has announced the release date of the first trailer on the official website of the franchise, thechoiceisyours.whatisthematrix.com. On this website, you can select between blue and red pills to watch two different teasers. Both pills are having the same creepiest quality of detecting the local time and having a feature of the voiceover, provided by the Yahiya  Abdul Mateen 2 (in the red one), and Neil Patrick Harris (in the blue one).

You watch this trailer multiple times, the demo will keep on changing. It plays into the nature of the teaser’s voiceover. In the red one, Abdul Mateen 2 says that this is the moment in which you have to show us what is real. At this time you believe it is {time here}. But that could not be next to the truth. Maybe, this is the first day of the rest of your life. But if you want it now, you should fight for it.

Meanwhile, in the blue pill, we have Patrick Harris who says that do you know how you get here, you have lost your ability to differentiate reality from fiction. What is real here and now. Anything else is the game of your mind that is playing tricks on you. It becomes a problem when fantasies imperil us. We do not want anyone to get damage. It’s the Matrix Resurrections that is playing actions on us. In addition to Reeves as long-haired Neo and Moss as a trinity.

The Matrix also stars Jada Pinkett Smith as the Zion rebel Niobe, Lambert Wilson as info trafficker, the Merovingian, and Daniel Bernhardt as agent Johnson. No word is on Abdul Mateen is playing, though initial reports claimed he was playing a younger Morpheus. Patrick Harris seems to be playing an agent going by the teaser, but that is just speculation. On December 25, the Matrix Resurrections will release in cinemas and at the same time on HBO Max.