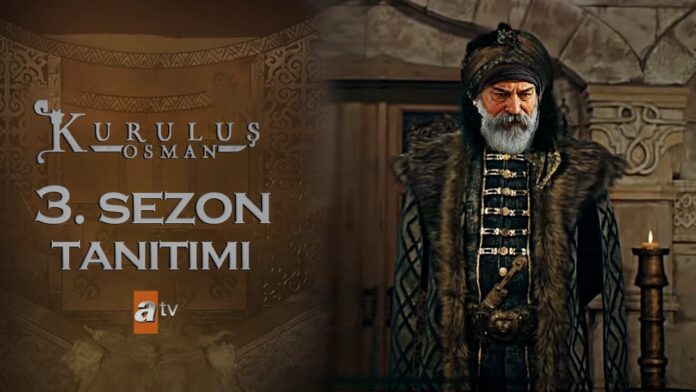 After a great finale and a short farewell from the screen, the series of Kurulus Osman season three will begin after the vacation of summer. The television series, which celebrated the season finale in episode 64, is appreciated by the spectators everywhere in the world.
The Ottomans managed to bring the Turks together subsequently by the hard struggle. Osman Bey after the death of his father Ertugrul Ghazi followed the instructions of his father and gave a tough time to the invaded Mongols and Byzantine Empire on the battlefield.

During his hard struggle, Osman made new companions who supported him but his favourite person Bamsi was lost. Osman demolished Nikolas’s army and took revenge on his friend shortly after murdering the Black Shaman Togay. To accomplish the will of his father, Osman got married to the Malhun, daughter of Umur. Soon Malhun got expected and Osman was anxiously waiting for his heir apparent.

Osman gave the name of Orhan to his son and declared to everybody that he had made a state that Turks wished for it. Although the transmission of this series had to begin on the 9th of October due to a pandemic. Shortly, it became popular among all the TV series. The producer or transmitters of this series has not declared about the beginning of the third season of Kurulus Osman.

It is supposed that due to the betterment of pandemic conditions, the new season will start soon. Probably, kurulus Osman will be on-aired on the screens in the ist week of October. Moreover, there was no information about the actors who would perform in the coming series.

Afreen - October 24, 2020 0
Kurulus Osman Episode 30 Release Date and Synopsis and How to watch with English and Urdu subtitles Free of cost