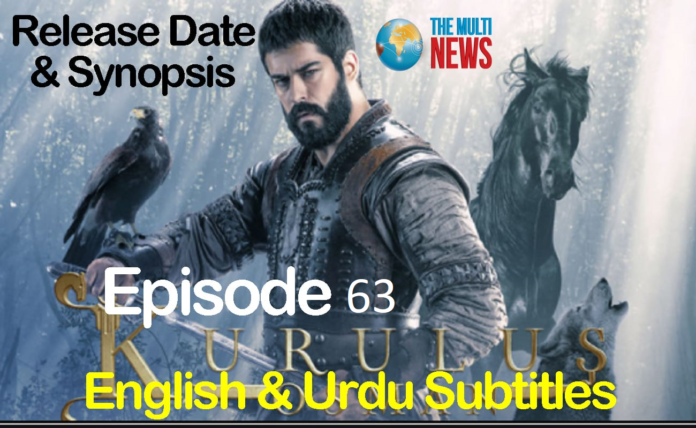 In  Kurulus Osman Episode 63, Camuha and Togay were captured by Osman in the jungle. later, Osman took them to Sogut and told the people about their offences. it was asked by Osman to sheikh what will be the punishment of the captives. and osman got the swords of Bamsi from Certukay. Togay apologized to Osman but Osman hanged the captives in front of every person. moreover, Osman said that he would hang all those people who will try to attack Turks.
Nikola was pleased with the death of Togay but he felt that Osman would be now more strong after his death. The governor visited the palace of the Sultan and told him that togay was arrested by Osman. sultan told the innocence of Osman to Governer but he demanded the tax of three years in three days to penalize him. after a while, a spy of Mongolia came to the castle and told that Mongols would give him gold for the support of Nikola.
Then, this envoy came to the plain and demanded a tax of three years from Osman. Dmitri was sent by Nikola to bring the gold. the message from the sultan was read by Osman and came to know the palace of Dmitri. meanwhile, Dmitri was attacked by Osman when he was bringing the gold from Mongolians and took all the gold from Dmitri. Nikola got furious over this condition but he had to move to Iznik on the order of the Emperor.

Osman and Boran came to the dervish lodge. sheikh talked about justice and Boran was judged by Sheikh in court the coming day. Nikola met with the son of the Emperor and came to know that Ducas was coming with a large army. Nikola was informed by the son of the emperor that to make e protective line, he would utilize the Lords in that area.

Quickly, Nikola came back to his castle and informed the Lords about the plan of the Emperor. Leo said that war would damage the trade. then, Leo met privately with Osman and told him about the plan Nikola. Osman came back to his tent and thought of the beginning of the war. For a while, Malhun got ill. Malhun told Osman that she was pregnant.

Episode 63 will appear here with Urdu subtitles after release

Afreen - March 27, 2021 0
Kurulus Osman Episode 52 Release Date and Synopsis and How to watch with English subtitles and Urdu subtitles Free of cost

Any cookies that may not be particularly necessary for the website to function and is used specifically to collect user personal data via analytics, ads, other embedded contents are termed as non-necessary cookies. It is mandatory to procure user consent prior to running these cookies on your website.