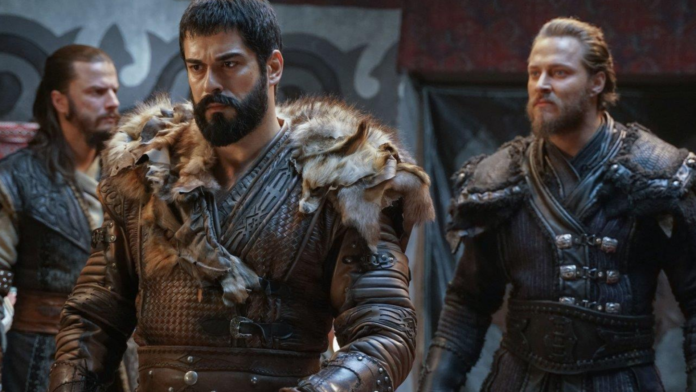 Targun pretended to be a Muslim and poisoned Bala. Targun later healed Bala to gain Osman’s admiration, but Osman realized what she had done. Osman exiled Targun from the plain and got angry with Goktug for Flatyos’ escape. Dundar secretly met Nikola in the forest, but Osman learned of this. When Dundar returned to the plain, Osman summoned him. Dundar said he did everything for Osman, but Osman did not believe him.

As Osman was about to kill Dundar, the wounded Bamsi and the chests full of secrets came to the plain. Osman said that he will hold a meeting in Sogut and would attack Inegol Castle with the support of the border Beys.

Catholic spies, disguised as merchants, made a commercial agreement with Osman and thus opened a shop in Sogut. Dundar said he would take revenge on Osman and asked Hazal for help. Osman had dinner with his whole family that night and said that they should be united now. Osman asked Savci to talk to Nikola and make a peace agreement. Meanwhile, the Catholic spies met with Nikola and told him that he must kill those who will come to the meeting.

Cerkutay brought food to Bamsi and talked to him at length. Bamsi said he would train Cerkutay. The next morning, Osman, Savci, Gunduz, and Dundar went to Sogut. Osman spoke with the traders in the market and told them that the trade would grow even more. After a short while, Yavlak came. Yavlak congratulated Osman and told him that he was ready to attack. While Osman was thinking about why the Beys were still not coming, a child came and said that his father was killed while coming to the meeting. Boran said that the Beys who will attend the meeting were killed on the way.

Ashif Naveed - August 7, 2020 0
Harry was in the studio to meet the singer and members of the military veterans choir in one of his last engagements as an...