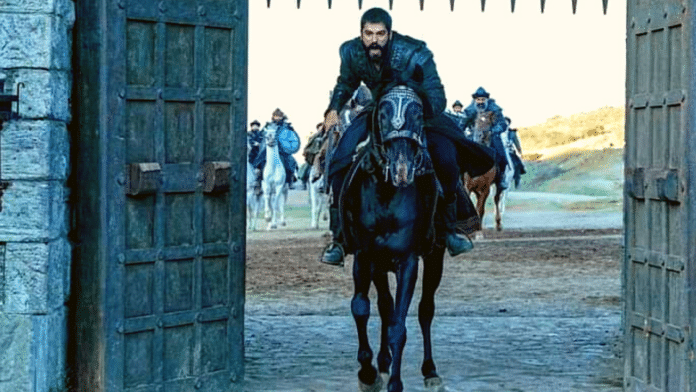 Nikola learned that Osman was not dead and immediately set out to speak to Targun. Meanwhile, Ertugrul said he knew everything and sent his sons out of the tent. Osman made a plan with Targun and sent him to talk to Nikola. Later, Ertugrul called his sons and Dundar back to the tent and told them that he would announce his new Bey shortly. Targun met Nikola and told him that Ertugrul was up again.

The next morning, while Osman was preparing for the attack, Ertugrul summoned him to Halime’s grave. Ertugrul spoke to his son Osman for the last time and asked him to promise him to do great things in the future. Nikola took a disguise and waited in the forest with Targun’s father.

Meanwhile, Flatyos waited secretly to attack the Turks. Bamsi and the other Alps took action to save the Targun’s father. Flatyos attacked Savci and Gunduz, but Savci finally caught him. Ertugrul went to meet the white bearded men for the last time and told the leader of the white beards that Osman would be the new Bey. Bamsi fought Nikola, but Nikola managed to escape. Ertugrul congratulated everyone on their win and started the meeting for the last time to announce his will. Ertugrul stood up and fell into his chair just as he was about to say the name of his son to replace him. Ertugrul passed away before he could reveal the new leader. This incident deeply saddened all the people. Osman cried for his father and took his father’s body to the cemetery with his brothers.