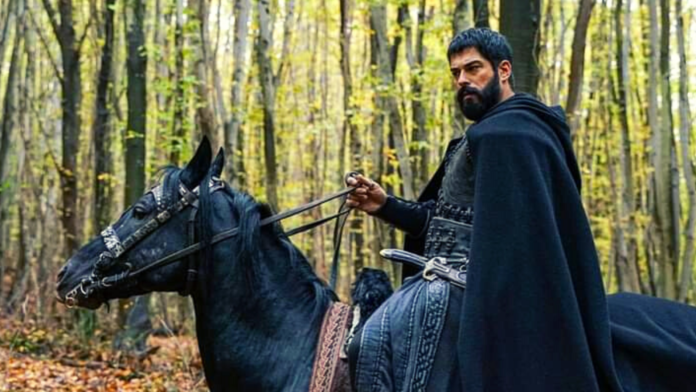 Flatyos told Osman that he would kill him and attacked him. When Osman was about to die, Yavlak saved him. After a short while, Osman attacked Flatyos, but Yavlak stopped him. Yavlak allowed Flatyos to escape so that the peace they had made with Byzantium before was not broken. Osman was very angry, but Yavlak said that their main enemy was Geyhatu and that they could kill him together. Meanwhile, Savci and Dundar said they would hold a meeting to elect a new Bey.

Ertugrul woke up after a long time and tried to find out what the others were doing while he was sick. Savci asked for support from Bamsi, but Bamsi said he would defend Osman. Osman and Yavlak planned how to kill Geyhatu, but Flatyos listened to them from afar. Flatyos told Nikola what he had learned. Nikola also told Osman’s assassination plot to Geyhatu and received his letter.

Savci and Dundar started the meeting to elect the new Bey, but Selcan stopped this meeting. Bamsi then came and said that Ertugrul was still alive. Flatyos then brought the letter written by Geyhatu and said that the Turks should evacuate their land. Bamsi finished the meeting after Flatyos got out of the tent. Yavlak took Osman and Cerkutay to Geyhatu’s tent, but this was a trap of the Mongols. Geyhatu had gone to Tabriz, and war broke out between Turks and Mongolian soldiers. The Turks won this war, and Osman said that he would go to the plain the next day and become a Bey. That night, Savci secretly planned to be Bey, and Dundar said he would support him. That night everyone on the plain thought about the war that might break out the next day. Gunduz stopped Savci while he was on his way to retrieve his father’s sword.

Osman eventually came to the plain, and Savci took action to attack his brother. Gunduz stopped his brothers and threatened to kill them. Meanwhile, Abdurrahman said that Ertugrul was dying, and everyone hurried into the tent. Ertugrul greeted them sitting in his seat and reminded them who the real Bey was.

Nazir Hussain - August 6, 2020 0
Now, Ruiz works out at least four times a week, thanks to a video game. In her bedroom, she sprints, squats, stretches and performs other...