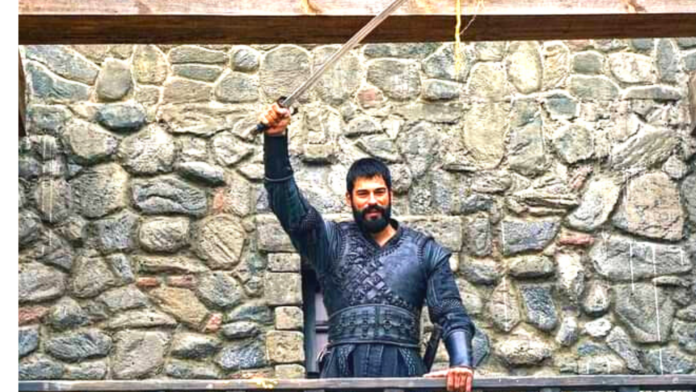 Osman finally entered the castle and immediately helped Goktug. Savci and Nikola argued about Osman. Nikola told Yavlak that Cerkutay was in Osman’s hands and warned him. Osman and the Alps fought heroically and conquered the castle again. After the war, Osman sent Ayaz to Yavlak’s tent to tell about what happened in the castle. While Flatyos was waiting for Osman, he saw Ayaz and attacked him. Flatyos killed Ayaz and learned from him that Kulucahisar was conquered by the Turks.

Osman returned to the plain and went to his father’s tent. Ertugrul asked what was going on and listened to Osman. Osman told his father what he would do in the future. Bala said she allowed Osman to marry, and she started to tell Targun about Osman. Meanwhile, Osman came and told Bala why he wanted to marry Targun. Savci told Osman that Ayaz was dead and scolded him for angering Geyhatu. Osman prayed to Allah for Ayaz.

Dundar and Savci started making plans for the future. Dundar said they had to choose a new Bey now. Nikola went to Geyhatu’s tent and told him what Osman had done. Hazal asked Dundar what he thought. Dundar said his real plan was to be elected Bey after a fight between Savci and Osman.

Nikola went to Inegol and sent a message to Targun to kill Osman. Targun came out of the plain to get this message, but Aygul followed her. Aygul attacked Targun and accused her of being a spy. While Targun was running away from Aygul, Bala stopped her and told them to go back to the plain. While Osman was walking in the forest with Cerkutay, he noticed that Yavlak was setting up a trap. Meanwhile, Dundar and Savci held a meeting on the plain. Dundar said that Ertugrul was not in a position to decide, and therefore they had to choose a Bey. Gunduz objected to this and left the meeting. Osman caught Yavlak. After a short while, Flatyos and Byzantine soldiers attacked and saved Yavlak.

Afreen - February 20, 2021 0
Mendirman Celaleddin Episode 2 Release Date and Synopsis and How to watch with English and Urdu subtitles Free of cost