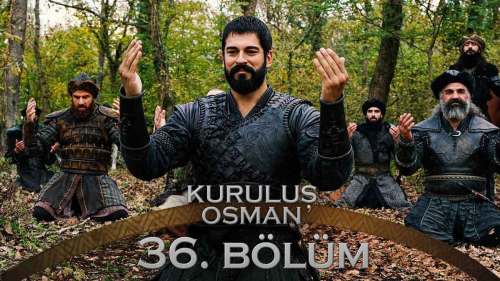 Osman threatened Nikola using the torch in his hand and asked him to release the Turks. Nikola did what Osman said, but soon after, he detonated the barrels full of gunpowder and escaped from the castle. Flatyos tried to follow Osman but failed. Meanwhile, Goktug and Boran sneaked into the castle and dressed like Byzantine soldiers.

Osman met one of the white-bearded men in the forest and learned of Geyhatu’s plan. Bamsi started to question Cerkutay and asked him who set a trap for Osman. Cerkutay started talking after Bamsi’s torture and said that he was working for Yavlak.

Targun went to the Byzantine fortress and told Nikola that she no longer wanted to work as a spy, but Nikola said that Targun’s father was still a prisoner. As Targun returned to the plain, Osman stopped her and asked her questions. Targun could not hide the facts any longer and told Osman everything. Gunduz told Osman that Geyhatu wanted peace in this region and asked him to attend the peace meeting led by Yavlak.

Osman said he would attend this meeting and told Gunduz that they had to eat as a family that night. After the meal started, Osman invited Targun and told everyone that he would marry her. Everyone at dinner was surprised by this situation.

The next day, Gunduz, Dundar, and Savci went to Yavlak’s tent to attend the peace meeting. Meanwhile, Osman prepared his Alps to attack the castle and prayed to Allah in front of them. While Yavlak was telling the Kayis what Geyhatu wanted, Nikola came and attended the meeting. Nikola asked where Osman was. Yavlak said that Osman will come to the meeting late because he will marry Targun. Nikola continued his sarcastic speech, which took a toll on the meeting. Savci could no longer take Nikola’s words and attacked him. Boran told the Byzantine soldiers that the Turks had attacked them and sent them inside the castle. Goktug took this opportunity and tried to open the gate of the castle. Helen ordered her soldiers to attack Goktug. Byzantine soldiers wounded Goktug with arrows, but he kept the door open. Osman and the Alps finally entered the castle.