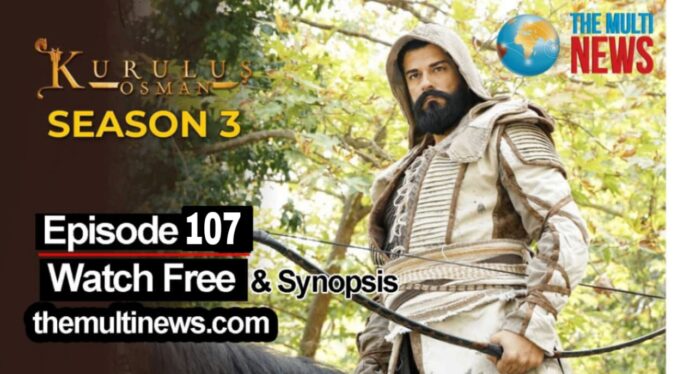 Osman said that they would make the preparations for the siege secretly and asked his wife to talk to the Sultan. Konur went to talk to Turgut to get the catapults, but could not convince him. Ismihan went to the forest to talk to Kantakuzenos and began to tell him her plan. Prince said he would support Ismihan. Bayindir told Olof that Osman would make an attack soon. While Turgut was thinking about catapults, Sultan came to Inegol. Sultan asked Turgut to work for the Seljuks and said that she would give him an important rank.

Bayindir started talking to Bengi and said that he wanted to marry Alcicek. Alcicek immediately took action and went to headquarters with Aktemur. Osman said he would help Aktemur and started to prepare to talk to Oktem. Bayindir told Olof where Osman’s headquarters was and asked him to make a raid. Bayindir then went to talk to the Sultan and asked her to persuade Oktem.

Turgut took the catapults to the headquarters but said that he would not work with Osman anymore. While Bengi was arguing with Oktem, the Sultan came to the castle and started talking about Alcicek. Oktem had to accept the decision of the Sultan. Osman said Oktem made a mistake and asked Aktemur to be patient. Alcicek made a plan to escape with Aktemur. The Sultan then began to talk to the Sheikh, but could not persuade him. Bayindir caught Aktemur.

Bengi asked Alcicek to return to the castle and told her that Aktemur was a liar. Osman went to the inn with his family to talk to Ismihan. Olof suddenly began to attack with flaming arrows and burned the catapults. While Ismihan was saying that all the decisions Aladdin made were correct, Turgut came to the inn. Turgut said that he would work with the Sultan from now on. The Sultan’s soldier said that someone attacked the Turks near the castle and that the situation was very bad.