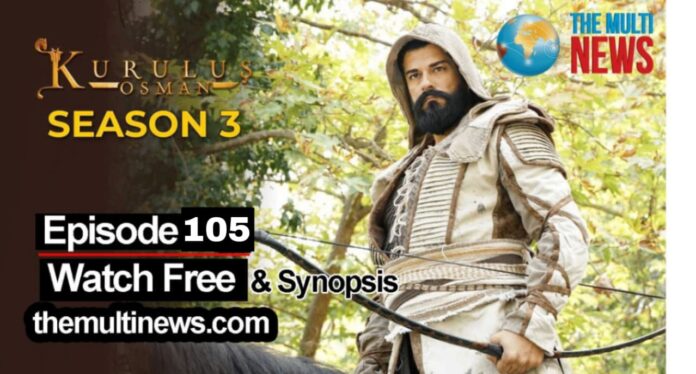 After controlling his wounded soldiers, Osman started to look for a way out of the mine. Malhun sent Bala to look for Osman and said that Orhan would rule the city now. Olof thought Osman was dead and told Kantakuzenos what had happened in the mine. Kantakuzenos said they would soon take over the city and other lands. Orhan invited all the Beys to hold a meeting in the mansion.

Some Beys said that a small child cannot rule the Turks. Orhan calmed everyone who attended the meeting and said that he was now in control. Abdal removed the rocks at the entrance of the mine and helped the soldiers out. After a short while, Bala found Osman. Osman secretly asked Bala to send a message to Malhun. Bala says Olof will attack the city soon. Osman said that they would use this opportunity to attack the castle.

Osman and the wounded soldiers went to the tribe. Malhun asked Aktemur to check the city’s security. After Aktemur increased the number of soldiers, he went to talk to Alcicek. Frigg began to explain how they should attack the city that night. Olof said he was going to send spies to the city. Osman studied the map he received from his spies and told his friends how to enter the castle. Bayindir got permission from Malhun to trade with Marmaracik. Osman started to wait on the road leading to the castle the next morning with his soldiers.

Olof gave a speech to his soldiers before launching the massive attack. Kanzakuzenos said he would go to the mansion and attack Malhun. Osman entered the castle using Bayindir’s chariots. Kantakuzenos began to ask Malhun questions about Osman. Meanwhile, Osman both saved his friend and captured the castle. Olof learned of Osman’s attack and immediately started heading toward the castle. Osman stopped the Vikings who came to attack the castle with arrow attacks.