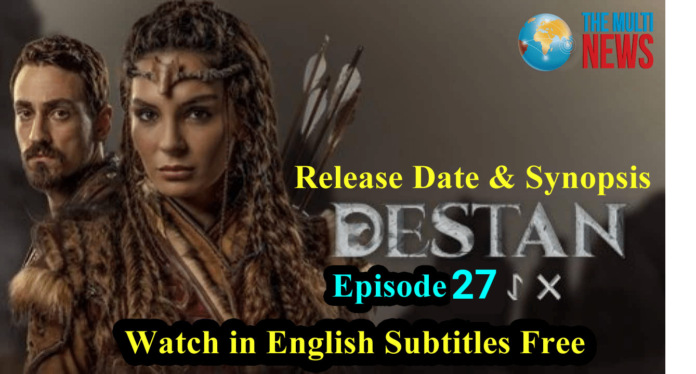 After Obar learned that the crown was broken, he began to move towards the palace to take revenge. Akkiz met with Batuga after taking the resin and said she would save Khan. Obar stopped the Turks and began to attack them. Akkiz used the soldiers she had hidden behind the bushes and continued to advance towards the palace. Using the resin that Akkiz brought, Kam saved Khan and his sons. Alpagu thanked his son and Akkiz.

Kam told everyone that Batuga married Akkiz in the forest. Alpagu once again congratulated his son and made a promise to Colpan. When Obar returned to the western khanate, Sayina began to blame him. Obar said he had summoned all Itbaraks to take revenge on the Turks. Batuga took Akkiz to the secret tunnel in the palace and showed her the new painting he had drawn. Akkiz said that she would support Batuga until the end of her life. Kam warned Vera once again.

Mei was very upset after what Temur said and said she would take revenge on him. Alpagu said he would blow up Itbaraks using naphtha. Akkiz said she wanted to take these explosives to another place. Mei secretly met with the Chinese ambassador and told him about Alpagu’s plan. The ambassador immediately went to talk to Obar. Obar did not believe the ambassador at first, but to take revenge on the Turks, he sent his soldiers to the place he had mentioned. Obar’s soldiers soon captured the barrels of naphtha. Akkiz said those barrels are fake, and they would make a better attack thanks to Sayina. Batuga said that there was a traitor in the palace, and Temur blamed Mei thereupon. Mei denied everything.

While Obar was putting the explosives where Sayina said, the Turks came, and a great war started. Alpagu congratulated his soldiers for killing the Itbaraks. A patrol came and said that many Itbarats were on the way.