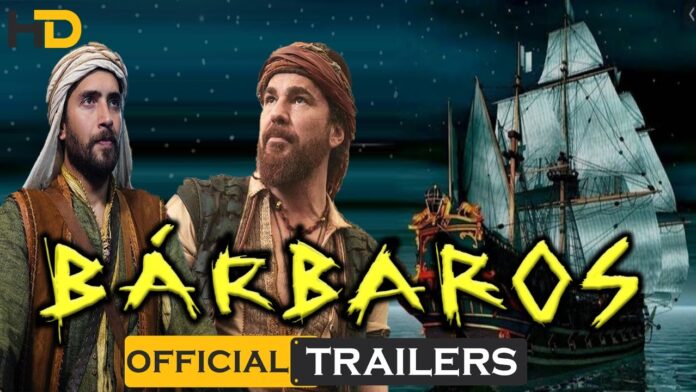 Barbaroslar- New TV Series on July 20 has shared its first promo video which was the most awaited TV series. The short promotional video was about twenty seconds which has excited the whole audience. The company that has presented historical dramas earlier like Filinta and Payitaht Abdulhamid now once again produced a historical series for the spectators. In the television series, many famous actors have been filming abroad (Egypt, Algeria) and in Turkey since March 2021.

In the history of turkey, Barbarossa was one of the most important admirals and he quickly confirmed that the whole Mediterranean was ruled by the Ottoman Empire. At an early age, Rhodes knights arrested Barbaros as a prisoner but later he ran away and joined Mamluks. While he worked for Mamluks, Barbaros or Orus Reis proved to be a skilful captain and gave a tough time in the Mediterranean to the Italian and Spanish navies.

In the Mediterranean, Oruc reis and Hizir Reis began to hijack and after some time, Algeria was captured by them. Barbaros was badly injured in the war, and after that day Hizir began helping the Ottoman Empire. repeatedly, Hizir fought with the navy force of Italy and play an important role in the occupation of the ottoman’s empire in Tunisia. He was named Hayreddin (goodness of the faith) by Yavuz Sultan Selim to appreciate the skills of Hizir. After the death of Yavuz Sultan Selim, the throne was taken by his son Sultan Suleiman magnificently.

Hizir was given the rank of Great Admiral by Suleiman. when his brother died, the whole Mediterranean was under the control of Hizir and therefore, he was called Red Beard (Barbarossa) by the Italians. Engin Altan Duzyatan will play the role of Oruc Reis. His character is already known by the audience as Ertugrul Bey in the series of Dirilis Ertugrul. Ulas Tuna Astepe will play the role of Hizir. However, it’s not announced that when will Babaroslar be on-aired. It is assumed that Babarosa will be transmitted in September with Uyanis Buyuk Selcuklu.

multinews - January 27, 2021 0
Deaths From Coronavirus Refuse to Go Down As Another 58 Patients Lose The Battle Against The Deadly Virus A survey has shown that around 80%...