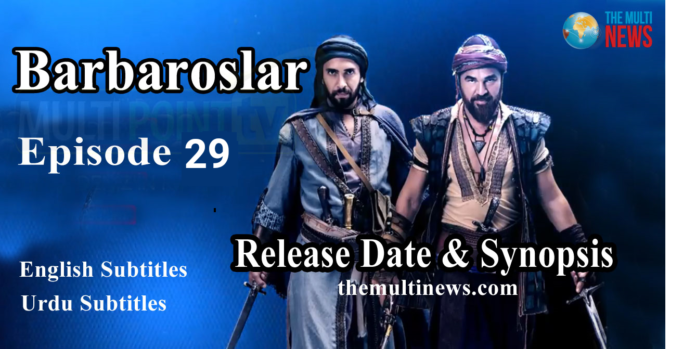 Oruj saw Ilyas got shot and said he would kill Pasha because of this. Kemal calmed Oruj down and asked him to go to the hospital with Ilyas. Sahbaz fled while Khizir was fighting Don Diego’s soldiers. Sahbaz said that he would never go to Kelemez and stabbed himself. Khizir immediately took Sahbaz to his ship to treat his wound. Dervish asked Esma to calm down. Kemal read the message Shehzade sent and learned that he had to arrest Ilyas. Oruj says Ilyas is innocent and Khizir will come soon.

Ilyas opened his eyes and said that he was innocent. Oruj took his brother to a cave in the forest. Kemal went to the forest with his soldiers to catch Ilyas. While Oruj was arguing with Kemal, Khizir came to Kelemez. Don Diego said he would avenge his fallen soldiers and set sail.

Kemal started to judge Sahbaz. Sahbaz denied everything and said that Ilyas was also guilty. Pierro could not bear the torture any longer and confessed everything to Oruj. Ilyas executed Pasha’s assistant. Khizir executed Pierro. Oruj killed Sahbaz to avenge Sahin and Kilic. When Oruj was talking about the Modon attack, Diego came to Kelemez. Don Diego asked Khizir for ten thousand gold compensation for his soldiers killed, but Oruj said he would never make a payment.

Diego gave the Turks a day. Gabriel spoke to Diego and asked him to support the Crusader fleet that would come to protect Modon. Oruj and Khizir entered the castle using two secret tunnels in Modon. Burak blew up his own ships and inflicted great damage on the Crusader army. The Turks entered the fort, and soon Kemal arrived for support. After Khizir killed Doge, Kemal declared that this island now belongs to the Turks. Gabriel escaped to the forest but Oruj captured him.

Episode 29 will appear here with Urdu subtitles after release