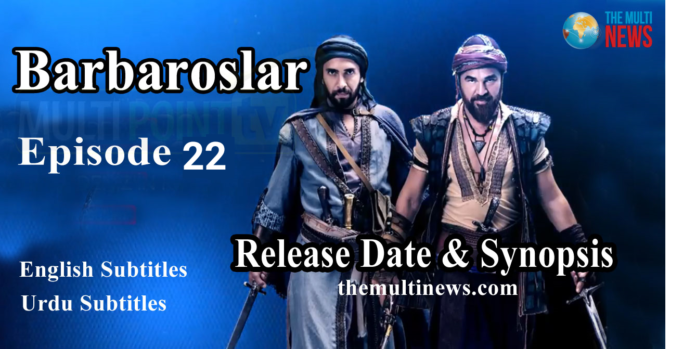 After Oruj captured Kalymnos, he changed the name of the island to Kelemez and continued to work to strengthen Turkish dominance in the Mediterranean. Oruj said that he had to get Levitha back, who was formerly dependent on the Turks and started talking to Franco, the Modon commander.

Oruj said that Modon was suffering from a food shortage and he would help them if Venice gave Levitha. Khizir saved the Muslims in Andalusia from persecution and brought them to Kelemez. While Franco was talking about Oruj’s offer with the other captains, a man came and said that he was the new commander of the fort. Gabriel killed the captains and said he would never make a deal with the Turks.

Oruj went to Levitha and said he would repair the old mosque there. Gabriel came to the island and killed Franco. Gabriel said the deal was broken and the island belonged to Venice.

When Pasha learned that the deal was broken, he got angry with Oruj. Oruj said he will take Levitha for the Turks and will keep his word. Pablo secretly came to Kelemez and attacked Meryem. While Khizir was treating Sahsenem’s wound, Pablo escaped the island thanks to Gabriel’s men. When Oruj learned that the pirates had come to the island, he got angry with Pasha’s men and dismissed them from their posts. Oruj gave new tasks to Ilyas and Sahin.

Pasha got angry because of what Oruj did and said that Sahbaz will be assigned to this island. Gabriel realized that the Turks would soon attack Kelemez and sent all the soldiers in the fleet there. Khizir stopped the Venetian soldiers and helped Oruj to capture the fleet.

Pasha said that Oruj’s attack was not correct and asked him to go to the military court in Gelibolu. While Khizir was going to check the ships in the fleet, Pablo attacked him. As Oruj was preparing to leave for Gelibolu, Gabriel attacked and captured him.

Episode 22 will appear here with Urdu subtitles after release