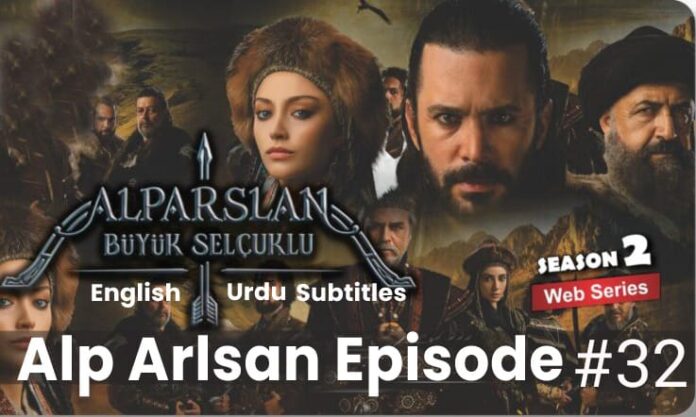 The lord asked his guests who came to the castle to watch the execution in the courtyard. Alparslan and the Turks began to watch Alpagut’s execution. Grigor realized that the Turks did not recognize Alpagut and stopped the execution. Alparslan said he wanted to buy Alpagut. The lord refused this offer and summoned the Turks to the dining hall. Oke prevented Zeren from killing Gevher and said she would control her from now on.

Grigor said he wanted to be friends with the Turks, but Alparslan did not believe it. To persuade Alparslan, Lord invited him to the library and gave him rare books. Seferiye learned that Zeren was trying to kill Gevher and was very angry with her. Alexander took action to steal the thoroughbred horses that Sultan gifted to Alparslan. Yusuf said that the guests would come from Bukhara for his daughter’s wedding and got permission from Alparslan in this regard.

Byzantine soldiers used snakes to frighten the horses and then led them to a cave. Erbaskan said he wanted to marry Gevher, but Yinal did not support his brother’s idea. Alparslan went to the forest to find purebred horses and started whistling. Alparslan’s horse escaped from the cave. The Turks soon took back the horses and captured Alexander. Alparslan made a deal with Alexander and immediately returned to the castle to save Yusuf’s life. Afsin sent Alparslan a handful of soil and a map.

Alparslan said that they will soon conquer all of Anatolia. Guests began to slowly arrive for the wedding. After Alparslan married Seferiye, he went to the courtyard and began to accept the gifts from the guests. Yinal noticed the assassin among the guests, but Oke wouldn’t let him leave the room. The assassin attacked Seferiye, but Alparslan stopped him. The lord returned to the inn and told his son that he had planned this assassination. The assassin awoke after a while and confessed that he had received the order to attack from Yinal.

Zainab Yaqoob - November 10, 2021 0
Pakistan VS Australia T20 Semi Final Live Match Till now, the Pakistani team is considered the most impressive team of all tournaments. Pakistani team is...