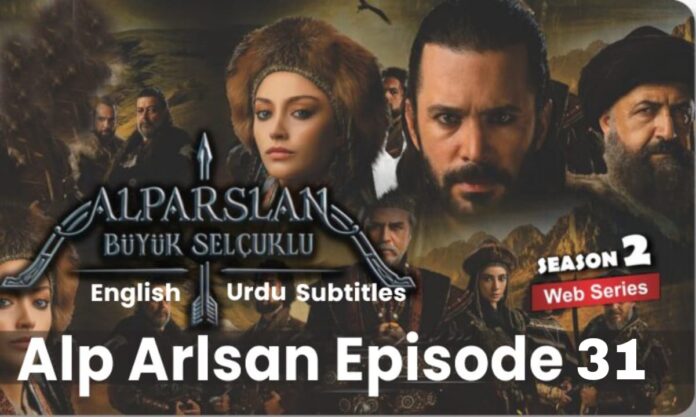 Alparslan thought that Wang would tell all the truth and went with him to the inn. Wang started to lie about Alparslan to earn money from the Lord. Alparslan asked some of his soldiers to watch the inn and returned to the castle to make a new plan. The lord thought that the merchants in the inn would spread this news everywhere, and then secretly killed Wang. Yusuf asked his daughter to be calm and said that she would be Alparslan’s wife.

While Alparslan was making a plan to stop Goktas, the merchants in the castle began to argue with Yinal. Alparslan calmed everyone down and told the merchants that he would buy all their goods. Caghri asked Yinal to go talk to Goktas, but he refused. Alparslan talked to Yinal in the forest, but could not persuade him. Alexander secretly took Wang’s body out of the inn and buried him the next morning somewhere on the Seljuk border.

Alparslan realized that Wang had been killed and sent a merchant to the inn. The merchant who went to the inn apologized to Grigor and asked where Wang was. A Byzantine soldier brought Wang’s horse. Alexander said that the Turks had attacked Wang in the forest and immediately set out with his soldiers to rescue him. Seferiye secretly came out of the castle and deceived Serdar. Serdar told Alparslan that Seferiye had escaped. Alparslan saved Seferiye from Byzantine soldiers and brought her back to the castle.

Alexander, together with the merchants, began to follow the traces of blood on the ground. After a while, Suleiman stopped Alexander but later let him. Alparslan’s spy found Wang’s lifeless body in the inn. Grigor said he would punish his son harshly to calm the merchants. The lord whipped his son and warned him for the last time. Alparslan once again said that he was innocent and returned to talk to Yinal. Lord ordered the execution of Alpagut and invited Turks to Ani to show this to them.