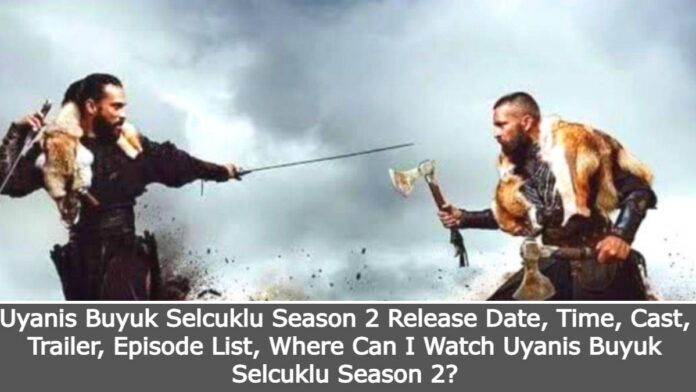 Uyanis Buyuk Selcuklu, which is being watched enthusiastically by viewers around the world, has already started adding new actors for season two. Television series producer Emre Konuk posted about the cast of new actors on Twitter some time ago. He contracted with Baris Arduc who will play the main role of the Alp Arslan father of Melik Shah in season two. On June 12, it was announced by the producer that Sultan Alp Arslan’s role will be played by Baris.

Baris Arduc was born in Switzerland and later he came back to Turkey, where he completed his education. when he completed his education, he performed in TV series. he performed in many series like Kiralik Ask (Love For Rent), Cukur (The Pit), Kuzgun and Benim Icin Uzulme(Do not worry for me). It is to be hoped that a talented actor, lovingly watched by the Turkish audience, will tell the life story of Alp Arslan.

The producer of the Uyanis series, Emre Konuk posted in his Twitter account on 1 July that in the second season of Uyanis, Fahriye Evcen will be cast and performed in Uyanis Buyuk Selcuklu Season Two new cast. The spectators already knew her because of her leading performance as a wife of Burak in the Kurulus Osman season.

when she married Burak, she did not appear on screen for a while but later Fahriye gave birth to a son and that’s why she spent most of her time with the newborn son. Fahriye performed in many movies and television series included Kurt Seyit, Sura, Veda, Sonsyz Ask and Sebsin. all the spectators were pleased by the cast of Fahriye in Uyanis season two. It is expected that Fahriye will play the role of Akca Hatun, wife of Alp Arslan.

Ashif Naveed - August 7, 2020 0
Harry was in the studio to meet the singer and members of the military veterans choir in one of his last engagements as an...