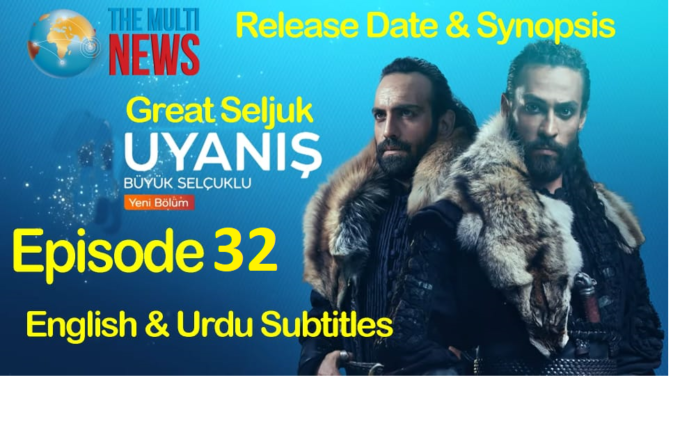 In  Uyanis Buyuk Selcuklu Episode 32, Turan did not see anybody when he came into the city with his soldiers. They were opposed by Melick shah and told that  Turan was captured by him. Turan confessed his mistake however, he said that he was not a betrayer.  Sultan was told by Turan that the real betrayer was Tekish as he worked with Hasaan. Sanjar was called by Sultan and the sultan asked Tapar to leave. Mitras was informed that Hassan was become a captive and went out to protect Hassan in the cave.

Sanjar came into the cave shortly but he did not see anybody there. Later Mitras left the cave and Aydogdu was killed by him. Sanjar was furious with Tapar as he came back to the plain for the burial of his friend. Sanjar was treated harshly by Many people in the plain. sultan got furious with his two sons and told them that he would take them away from the responsibilities of Shalamzar. Sanjar requested Sultan for some more time because he promised his people.

Sanjar was given one more day by Melick shah to conquest the city. Sanjar said that for the blockades he needed towers and moved towards the jungle. Nizam called the engineers and asked them about the blockades. Tajul informed Hassan and Hassan ordered his followers to assault the engineers. Sanjar realized that engineers were not able to work.  In his dream, Sanjar talked to Seljuk Ghazi and got up. Then he began to count the towers solely. The next day, Sanjar and his army with the towers reached Shalamzar.

When Sanjar was explaining how to attack, some of his soldiers fell ill simultaneously. Sanjar informed that his soldiers were poisoned. However, he did not quit and moved alone to attack the city. Greek fire was used by Hassan. later his followers tried to cease Hassan but Sanjar with his soldiers entered the city even though with great difficulty.

multinews - January 26, 2021 0
Pakistan has its eye on the most advanced internet services. The country hopes to deploy 5G services countrywide by 2023. Pakistan is on the path...