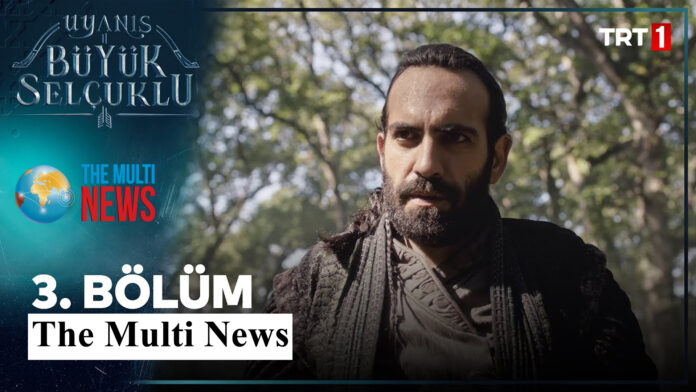 Sanjar and Tapar were attacked while taking Elcin to the capital. Meanwhile, Sultan Melik Shah told Nizam al-Mulk that he wanted to see his son. While Sanjar chases an attacker, Tapar takes Elcin to the palace. Sultan Melik Shah and Nizam argued several times. Meanwhile, a Byzantine commander said it was time to attack the Turks, and he chose a spy to send him among the Seljuks.

Uyanis Buyuk Selcuk Episode 2, Melik Shah ordered a meeting and questioned Elcin at this meeting. Elcin turned out to be innocent and was ordered by Melik Shah to stay in the palace. Terken was very angry that Elcin was staying in the palace. Sanjar came to the palace, but the spy he caught was already dead. Sanjar and Nizam started to argue. Sanjar took out the swords he had bought years ago from the Nizam and said he would be among the Fatimids as a spy.

Sanjar asked Turna for help in healing his mother, but Ilteber refused to let his daughter go. Despite what her father had told her, Turna went with Sanjar to the Kinik plain and treated Sanjar’s mother secretly. Nizam visited Omar Khayyam and asked him for advice. Ilteber realized that his daughter was missing and went to Kinik plain. Nizam caught up at the last moment and prevented a fight.

Nizam gave a secret message to Sanjar and left the Kinik plain. Meanwhile, Melik Shah shot arrows with Elcin and spoke to her. Sanjar went to Nizam’s secret place and waited in a room. Melik Shah came to that secret place and started to listen to Nizam. Nizam said that he had done everything for his state until this time and later left his vizier position. Melik Shah approached the room where his son was and stopped at the door.

Click on a button and start watching, try other if one is not working for you or check later