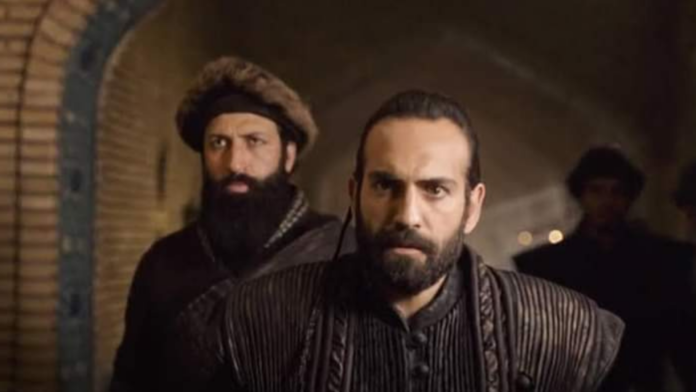 Melik Shah found Tapar injured and immediately took him to the palace for treatment. While Melik Shah was waiting for his son to recover, he ordered Sanjar to find Markus using Albert. Soon Tekish came to the palace and talked to Sultan about what happened to Tapar.

The Sultan could not take it any longer and warned his brother for the last time. Zubeyde secretly came out of the palace and brought Basulu to the palace. Melik Shah learned that the people were having difficulty paying taxes and asked Khayyam to make a more useful calendar.

Albert summoned some of the crusaders, but the Prince and Markus found out. Prince gave some information to Tekish and had him attack Albert. Although Albert said he was working for Sultan, Tekish injured him. Sanjar caught up at the last minute and told Tekish that he made a mistake.

Melik Shah came to the meeting place and learned that Tekish had destroyed everything.

Sultan went to Tekish’s tent and took the swords of his soldiers. Tekish said that what he did was not wrong, but Melik Shah slapped him. Basulu visited Tapar and tried to talk to him. Hassan secretly went to the city and distributed bread to poor families.

Hassan saw his soldiers as merchants opening new shops in the city and told Faysal that they had to open a madrasah to brainwash the children. The Prince told Markus that the Emperor would send new soldiers to Anatolia. Nizam learned this information and shared it with the Sultan. Melik Shah wanted to prevent Byzantium’s plan by sending Kilij Arslan back to Anatolia.

The next day, on the order of the Sultan, Kilij Arslan was prepared and set out with Sanjar. Markus saw the convoy moving under the leadership of Sanjar and attacked them. When the Crusaders attacked the car, Melik Shah got out of the car and killed them. The Turks surrounded Markus and Melik Shah killed Markus to avenge his son Tapar.

Nazir Hussain - April 7, 2020 0
His death, late Sunday, sparked widespread grief among fans. Shimura, 70, one of Japan's best-known comedians with a career dating back to the early 1970s,...