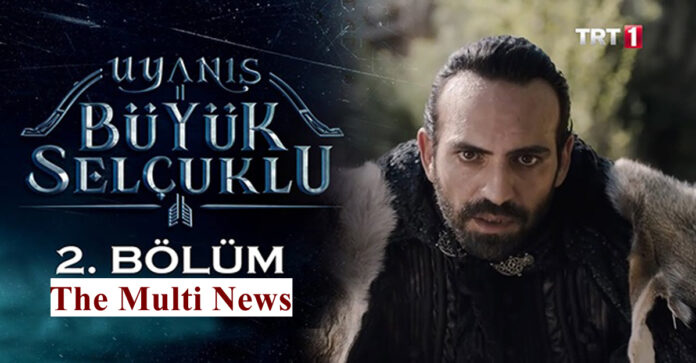 The television series Uyanıs: Buyuk Selcuklu, which aired on Monday evening, September 28, won the appreciation of the audience with its actors and subject. in Uyanis: Buyuk Selcuklu Episode 1, Alp Arslan comes in front of the Berzem castle with his son Malikshah and his entire army.

Eighteen years have passed. Nizam secretly trained Ahmed and made him a spy. Ahmed (Sencer) joined an organization that was an enemy of the Seljuks and learned that Malikshah was going to be assassinated. A group of soldiers attacks Malikshah as he enters the palace door, but this assassination attempt failsTerken worries about the situation of Sultan, but Seferiye calms her down. Sencer (Sanjar) goes to a Kumbet and enters through the secret door there.

Malikshah goes to his mother and talks to her. Later, Malikshah speaks to Terken. Malikshah says there is nothing to worry about and calms everyone down.Terken Hatun tells Malikshah that she brought a midwife to the palace but that the Seferiye objected. Malikshah does what Terken wants and makes a decision

Shehzade Melik and Sencer come to the Turkmen plain. Turkmens object to them. Meanwhile, Kilij’s sister, Elcin, comes and asks why Malikshah was calling her. Melik tells what happened in Isfahan and says that Malikshah wants to question Elcin. Elcin agrees to talk to Malikshah and sets off, but an attack occurs as they move through the forest.

Uyanis: Buyuk Selcuklu Episode 2 will release on 05 September at 08:45 PM according to Turkish Standard time on TRT1.

Nazir Hussain - August 6, 2020 0
Now, Ruiz works out at least four times a week, thanks to a video game. In her bedroom, she sprints, squats, stretches and performs other...