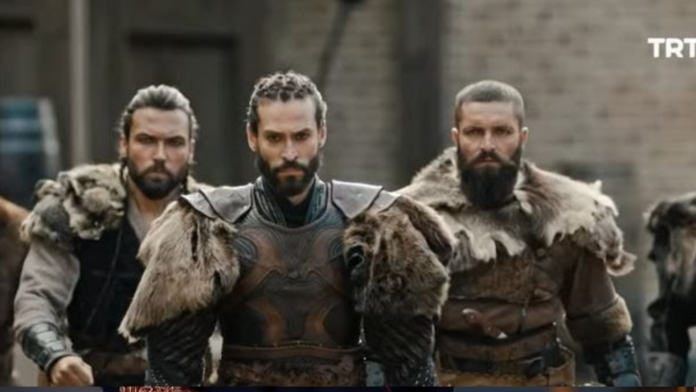 Sanjar found his mother injured and immediately sent her to the plain. Meanwhile, Hassan secretly entered the Nizam’s room to retrieve the secret book. Nizam caught Hassan red-handed, but Hassan’s secret men in the palace helped him escape.

Sanjar followed the trail of the attack and captured a Christian soldier, but did not find out where Markus was. After leaving the palace, Hassan sent a message to his followers using the smoke of the fire in the street. The Fatimids realized that Hassan’s identity had been exposed and began attacking the Seljuk soldiers.

Melik Shah learned that Hassan could go to a secret cellar. To pay the mercenaries, Markus wanted to turn his gold coins into gold bars and sent them to Faysal. Faysal turned the gold coins into gold ingots, but at that time Sanjar came and closed the mine on the Sultan’s order.

Faysal opposed this, but Sanjar took the gold from the mine and sent it to the palace. Faysal visited Ilteber and told him once again that he wanted to marry Turna the next day. The spies followed the Christians who brought the gold to Shalamzar and sent word to Nizam.

Zubeyde went to Kinik plain on the orders of Melik Shah and saw Basulu there years later. Sanjar followed the mercenaries and found Markus in the forest. While Markus tried to persuade the mercenaries, Melik Shah attacked them. Nizam attacked Hassan. Hassan fled to avoid being caught and stood at the edge of a cliff. Melik Shah ordered him to surrender, but Hassan jumped off the cliff with his horse.

Afreen - February 20, 2021 0
Mendirman Celaleddin Episode 2 Release Date and Synopsis and How to watch with English and Urdu subtitles Free of cost