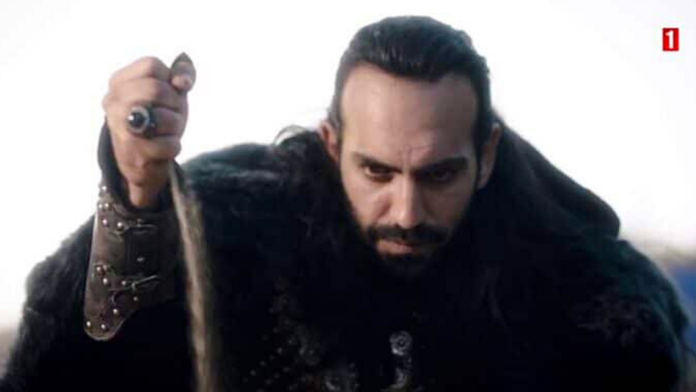 After Melik Shah killed Andreas, he went to Kuvel Castle. The Byzantine Prince said that the Emperor wanted to make a peace treaty and gave Melik Shah a hundred thousand gold coins. Melik Shah asked the prince to kneel and said his terms for the peace settlement. Markus and the Christian soldiers attacked while Melik Shah was returning to the palace. Melik Shah was injured in the hand. Hassan saved Melik Shah.

Arslantas told how he caught Rustem, but Tapar sent everyone to the dungeon. Nizam was healed and brought Sanjar out of the dungeon. When Melik Shah returned to the palace, he summoned Hassan and Tajul. Melik Shah got mad at them first and then slapped them because of the slow intelligence. Melik Shah then summoned Sanjar and Arslantas. When Sanjar talked about the secret book, Melik Shah gave him the last chance. Hassan learned the location of the book from Rustem and sent his own soldiers.

Nizam investigated the attack in the forest and found that the crusader army in Europe was responsible. Melik Shah learned what Faysal had done and got angry with Ilteber. Sanjar searched the secret book with his friends day and night. That night, Hassan and his followers performed a ritual. Melik Shah questioned Rustem. One by one, Sanjar escaped the traps set on him and continued to search for the book with all his might.

The next morning preparations for execution were made in the courtyard of the palace. The soldiers brought Rustem and Arslantas. Melik Shah first ordered Rustem’s execution. Later, Melik Shah ordered the rope from Arslantas to be removed and told him to live with the shame of what he had done throughout his life. Arslantas quietly left the palace. Elcin started talking to Melik Shah and told him that Terken was trying to kill Seferiye and Nizam. Thereupon, Melik Shah called Terken and asked her questions. Hassan alone started looking for the book and found it. Sanjar caught Hassan as he was about to run away with the book.