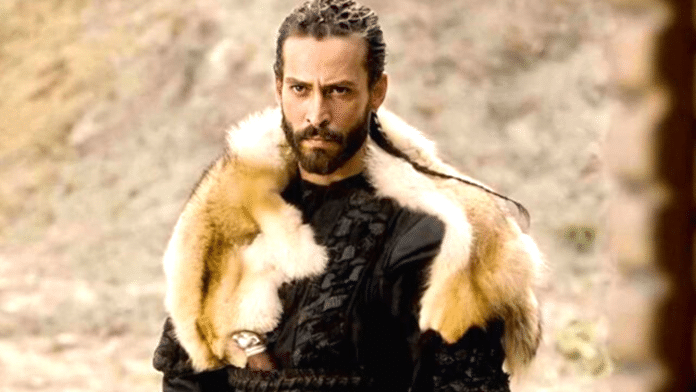 sanjar picked up Turna and immediately took her somewhere for treatment. Yorgos realized that he could not go to the port and set out to return to the castle. Hassan and his men caught Dai. Hassan and Behram said that Dai made too many mistakes and that now this situation must change. Hassan stabbed Dai to death in the heart. Elcin and Tapar fought against the rebels. Melik Shah and his army arrived. When Elcin asked about the message she sent to the palace, Melik Shah realized that something was wrong in the palace.

After the death of Dukas, the Byzantine envoy demanded that Sanjar was guilty and be executed as soon as possible. Nizam secretly met with Sanjar and told him that he should not do anything anymore. As Sanjar was about to flee, he met Melik Shah and told him that he had to retrieve the relics. Yorgos came to the castle with the relics, but Andreas got very angry with this situation. Turna told all the facts to her father, and Ilteber accepted Sanjar’s plan.

Basulu came to the palace and said that Nizam had to protect her son, or all secrets would be revealed. Terken put poison on the candle in the room of Seferiye, while she saw her calling Basulu’s name. Hassan held a secret meeting with his comrades that night and said he would take them to heaven. The Fatimids listened to Hassan’s new plan and chose him as the new Dai. Seferiye got up from her bed and asked Tapar for forgiveness. This situation disturbed Terken, and she started to research Basulu. Sanjar sneaked into the castle but Hassan sent word to Andreas that Sanjar was in the castle. The trap at the door cut his hand as Hassan tried to enter one of the secret rooms in the palace.

Terken went to Basulu’s grave and examined the surrounding houses. Terken realized that Basulu had lived in this desolate place for a while and even thought that she had a child. Terken swore that she would find Melik Shah’s other child. Andreas caught Sanjar after the news he received and said he would send his head to Melik Shah.