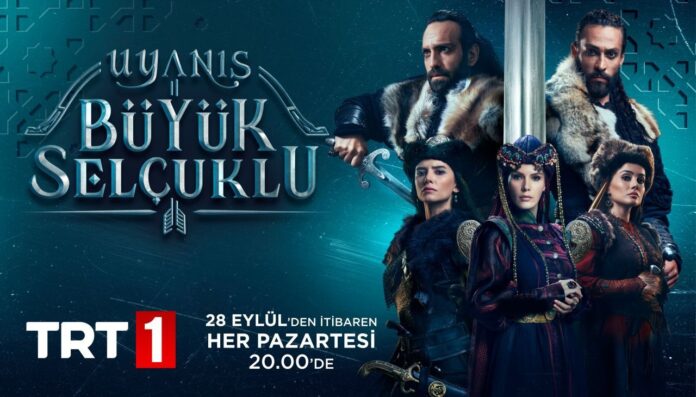 Alp Arslan went to war with his son Malikshah and his great army. Alp Arslan fought heroically in the long war and conquered the castle. Meanwhile, Malikshah’s wife gave birth to a son. Malikshah took permission from his father to deliver the news of the victory to the palace and set off. Malikshah stopped in a deserted village to see his wife and child before going to the Seljuk Palace. The doctor told Malikshah that his wife died in childbirth, but the child was healthy. Malikshah took his son and visited his wife’s grave. Meanwhile, Nizam aal-Mulk came and told Malikshah not to take his son to the palace because Alp Arslan was killed by the commander of the castle. Malikshah lost both his wife and father that same day. Later, Malikshah gave his son Ahmed to Nizam and went to the palace.

Eighteen years have passed. Nizam secretly trained Ahmed and made him a spy. Ahmed (Sencer) joined an organization that was an enemy of the Seljuks and learned that Malikshah was going to be assassinated. Sencer escaped with the help of another spy and secretly came to the capital. As the traitors in the palace were about to attack Malikshah, Sencer attacked and killed the assassins. Malikshah went to a safe place and called Sencer to his side. Malikshah thanked Sencer and gifted him with his horse.

Doctors and Nizam at the palace examined the bodies of the assassins. It was revealed that the Turkmens committed this assassination, but Nizam did not believe it. Malikshah ordered that Elcin, sister of the leader of the Turkmen, Kilij, be brought to the palace. Malikshah gave this job to his son Melik and Sencer. That same night, Malikshah had a nightmare. When the morning dawned, Malikshah rushed out and went to his wife’s grave. Nizam aal-Mulk understood where Malikshah was going and followed him. Malikshah says he now wants to see the son he gave to Nizam years ago.