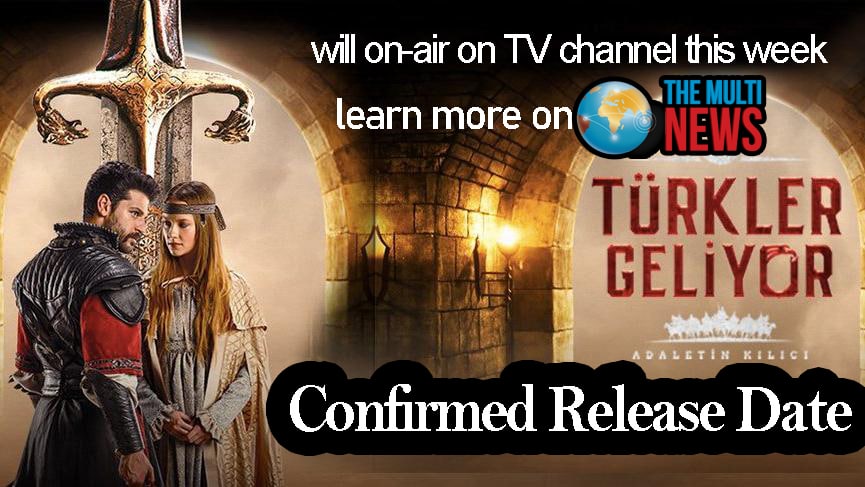 This movie was shot in 2019 by the producer of Yunus Emre, Mehmetcik Kutulamare, Dirilis Ertugrul, and Kurulus Osman. After Fatih Sultan Mehmet conquered Istanbul, he wanted to advance to Rome through the Balkans (Eastern Europe). Fatih sends the Akincilar (Akinjis) group of elite warriors for this. Serbian King Lazar realizes the imminent danger and forms an alliance with Catholics, led by the Pope.

The Akincilar takes action as soon as possible to break this alliance and restore peace in the Balkans. Later, the Serbian King Lazar captures the wife of the late Sultan Murad (Sultan Mehmet’s father )and throws her in the prison. After this, things get more complicated and the war begins. In the film, the audience sees Serdar Gokhan (Suleiman Shah), whom they know from the Dirilis Ertugrul television series, and Eren Vurdem (Konur Alp) from the Kurulus Osman television series.

When Türkler Geliyor: Adaletin Kılıcı (The Turks Are Coming: Sword of Justice) will release with English Subtitles and How to Watch

You can also watch this movie for free on historicaltv.com later on.