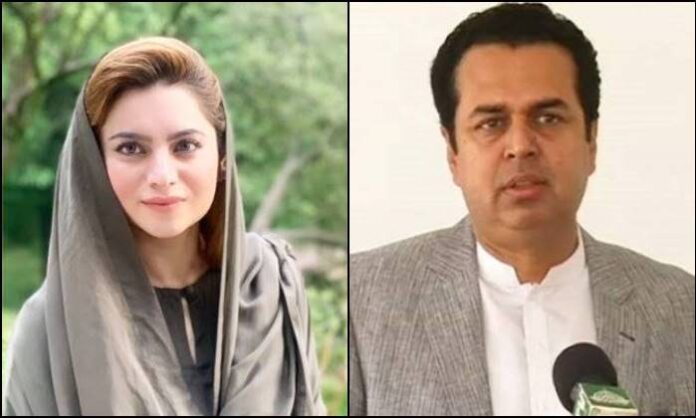 Faisalabad:  Talal Chaudhary a former spoke person of Pakistan’s second-largest political party PMLN and ex-member of parliament has allegedly beaten up by his female colleague’s brothers on Saturday.
According to different reports, Talal Chaudhary allegedly harassed members of the national assembly of Pakistan Ayesha Rajab, after that he was tortured by the woman’s brother. He was admitted to the National hospital Lahore with a fractured arm and with some serious bruised on different parts of the body.

Talal Chaudhary claims that the incident happened at Abdullah garden Faisalabad. He says that he was invited for the party organization by that female. He further said that he was persecuted there his smartphone was snatched too.

Ayesha Rajab is the female parliamentarian and the wife of late parliamentarian Chaudhary Rajab Ali. According to her, no such incident has happened at her residency.  Later that day, when Police reached her place to record her statement she was not found there. Police were told that she has left for Islamabad. She later twitted by saying that I have been disrespected by electronic and social media throughout the day. Different questions have been raised on my character. I belong to a respectful family and I do not have any link with any such type of matter.

Sources belonging to Faisalabad claim that both members of the political party had an alleged affair. The security guards of the housing society said that Talal Chaudhary has been coming here since last year. He used to come before 12 AM but that night he came late. We did not allow him to enter but somehow, he went in. After some time we heard some noise and someone was shouting for help.

Police were also called there. Both of the parties have not submitted an application for the legal process. But Police have started the investigation. Lahore Police went to the hospital to record the Talal Chaudhary statement but he was not found there. Sources claim that he has also gone to Islamabad.

also read, Treaty of Lausanne and its impact in 2023

Zainab Yaqoob - April 27, 2021 0
Yusuf-El-Hemedani  Yusuf-El-Hemedani was born in 1048 in the village of Buzencird enclosed by the borders of Iran. To get a better education, Hemedani particularly went to...