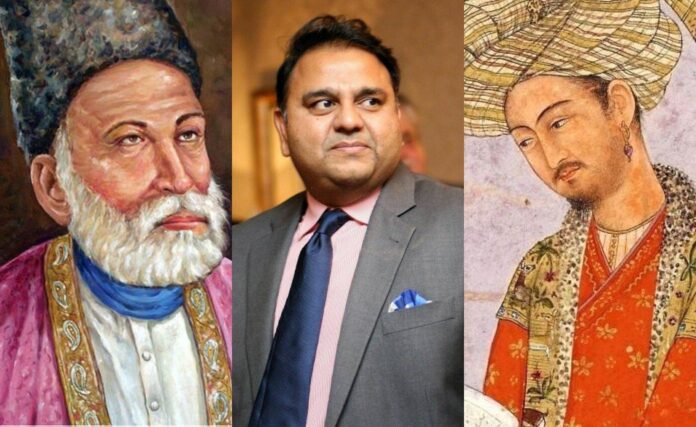 The information and broadcasting minister, Mr Fawad Chaudhary has revealed in his announcement that after PTV News, the Federal Government is going to re-establish PTV Sports and Entertainment and PTV to produce series on the life of Mirza Ghalib and Mughal Babur. It is essential to declare that the previously going Turkish historical drama series Ertugrul Ghazi has got great fame in Pakistan after being aired on National TV. And it can be said that govt. is thinking to invest more in historic series in the upcoming era.

Fawad Chaudhary has resumed his strategy for the reforms initiated by the ministry in 2018 after being reappointed as minister of information and broadcasting unit in April. He said that in light of these reforms PTV news will be upgraded to a high definition channel by June 1st. This conversion has been delaying since 2019. The minister inveterate that PTV Sports will also become a high definition channel this year.

He also announced to give some loans to young filmmakers to produce some good movies and he priorities the revival of dubbing of film and drama. He has announced that PTV is in the process of making a sequence on Mirza Ghalib and the Mughal Emperor Zaheer ul din Babur the founder of the Mughal Empire. This sequence will be made incorporation between Pakistan and Uzbekistan. He assures that Preliminary preparations are underway.

It is also revealed that Pakistan and Turkey are going to produce a series on the Muslim Emperor Salahuddin Ayyubi and also known as Saladin in the west. The actors will be from Pakistan and Turkey and its shots will be in Turkey and this series will have 3 seasons. A conference on information and broadcasting, of the senate standing committee, was held in July under the chairmanship of Senator Faisal Javed at the headquarters of PTV in Islamabad.

The running director assured that PTV’s broadcast will be digitalized in December this year. The managing director has also revealed that no investment has been made for the stipulation of modern technology to PTV in the last 15 years. He shared that we are trying our best to make PTV an outstanding organization with a low budget so that PTV can be changed internationally into the voices of the nation.

Zainab Yaqoob - April 30, 2021 0
Mavera Episode 12 | Release Date and Full Synopsis Episode Synopsis In Mavera Episode 12, Atif congratulated Ahmed for his attribution and declared that he was...