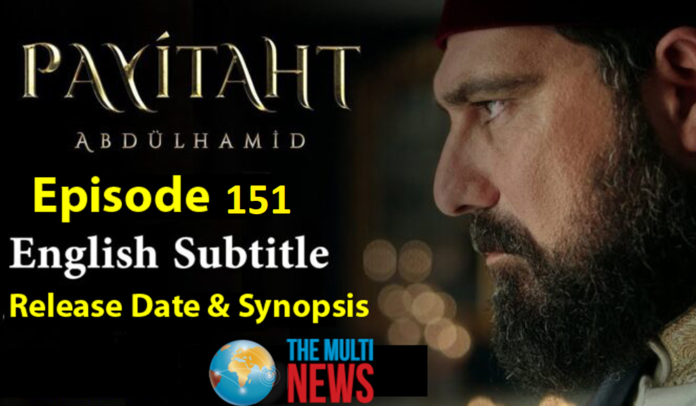 In Payitaht Abdulhamid  Episode 151,  Abdulhamid set out for the burial of Esref Aziz. Hunkar came back to the palace and Tahir informed him that he wished to arrest the pasha’s betrayer. Hunkar made a plan and told this to Shehzade and Tahir.  Betrayer pashas asked for more large weapons to protect Mahmud and started to inspect the boxes in the building of the cellar. Shehzade came with his soldiers and later there was a blast in the building. Hunkar was helping Shehzade then Esad got out.

Hunkar asked for the statement of the explosion and returned to the palace. Esad told that he went there to arrest the betrayers but Hunkar asked him strictly not to do these things secretly again. Later, Tahir was called by Abdulhamid. Abdulhamid asked Tahir to chase Esad. When Selim was near to murder Mahmud then a group of people forcefully entered the house and arrested them. Karasu moved to the place where Mahmud was present and informed that Palmer has planned something.

Mahmud was annoyed by the arrival of Palmer in the Payitaht. and Karasu was asked to call Sabahaddin. Hunkar was informed by Necip that Mahmud was kidnapped by someone and approach the ministry of French. Palmer talked and give money to a parentless boy. Firstly, Hussein did not take money but later he agreed to work for palmer. Esad went out privately.  Esad said to palmer that to get his trust he would ship cannons to Canakkale from Anatolia.

Hunkar had dinner with the orphans and said that he believed them. Esad was searching Hunkar then vizier came and gave him documents about the shipment of cannons to Canakkale. Instantly, Esad went out to take these documents to palmer. He was chased by Shehzade and Tahir. Assad was captured by Tahir when he was standing by to talk with Palmer. The car of Hunkar collided with Hussein.  Later, Hunkar came to meet with Hussein but he did not see the arm in his hand.

Episode 151 will appear here with Urdu subtitles after release