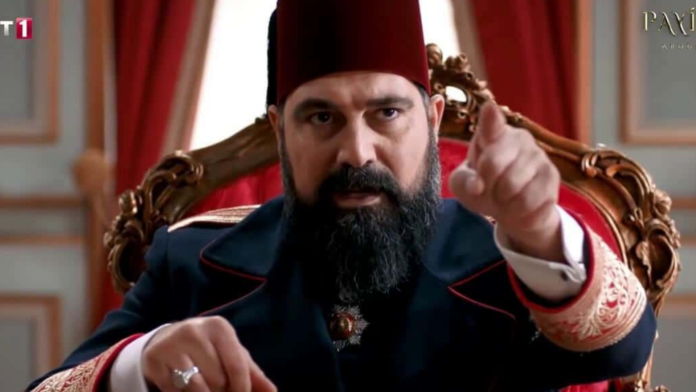 Celaleddin caught Ahmed Nuri and took him to prison. Ahmed Nuri told Hechler that he kept the maps on his way to the dungeon. Hechler told Manyas that they had to save Ahmed Nuri. Thereupon, Manyas sent a secret message to Celaleddin and asked him to save Ahmed Nuri. Ahmed Nuri spoke with Abdulhamid, and they made a plan together. Esref learned that Tatavlali had kidnapped Ali Osman. Abdulhamid said that Japan would attack Russia soon and asked Pashas to follow this war. Fernandez told his mason friends that this war would break out. Manyas told Hechler that Ahmed Nuri was working for Hunkar. Soon Ahmed Nuri came to the embassy building and said that he confessed everything to Hunkar. Ahmed Nuri continued to speak and said that he did everything for Hechler. Hechler was delighted with this news and took his friends to a restaurant.

Hechler bought a red book from a bookstore on the way. Ahmed Nuri followed Hechler and later told Hunkar what he saw. Karasu said Russia should lose the war, and the masons talked about how they can support the British. Abdulhamid told Hechler that he knew everything. Hechler panicked over this and went back to the bookstore. Ahmed Nuri seized Hechler’s book using a fake bookseller. Ahmed Nuri went first to the restaurant and then to the secret safe, as Hechler did.

Ahmed Nuri gave the evidence he took from the safe to Abdulhamid. Thereupon, Abdulhamid summoned the Russian ambassador to the palace and gave him evidence showing that the British supported Japan. The Russian envoy spoke to this Hechler, and then they all came back to the palace together. Tahsin said that Hechler was no longer an ambassador. Abdulhamid said Hechler had lost, and Hechler fainted in front of Hunkar.