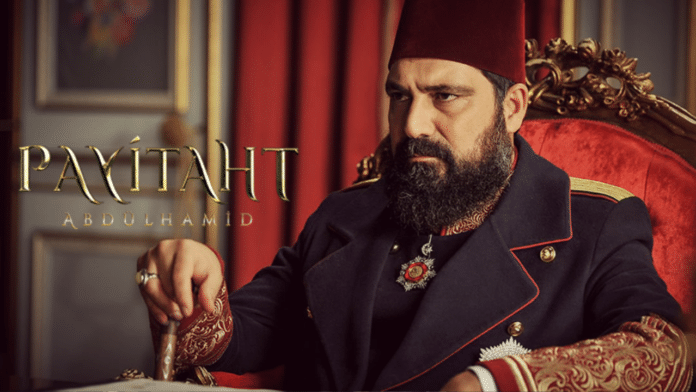 Tahsin saved Manyas and told him that he was a mason. Manyas told Tahsin where the list of routes he could use to go to Thessaloniki was. Tahsin returned to the palace and told Abdulhamid everything. Karekin started looking for Esref to avenge Armen. Tatavlali learned about this situation and made a plan with Mika. Abdulhamid found out that the list was not at the post office and sent Tahsin to talk to Manyas once more. While Manyas was going to meet Tahsin, he noticed the agents around him.

A man in the street rescued Manyas and said he saw him in old dissident papers. Manyas trusted his new friend and gave him a message to take to Tahsin. This man went to the palace and explained everything to Abdulhamid because this man was Hunkar’s son, Ahmed Nuri. Hunkar told Ahmed Nuri what he had to do and sent him to talk to Manyas.

Ahmed met with Manyas, and they set out together. While entering a hotel, Manyas noticed the agents around him and realized that Tahsin wasn’t a mason. Manyas and Ahmed went to the British embassy. While Manyas was waiting for Hechler, he asked Ahmed to give the list of routes to the real mason pasha. After Ahmed talked to Hunkar, he went to the secret meeting place to hand over the list, but the mason Pasha cautiously hid who he was. Ahmed could not understand who Mason Pasha was. Abdulhamid then began to examine the potential ways Mason Pasha would go to Thessaloniki and sent Ahmed to capture the mason Pasha. Hunkar studied the routes and realized that the mason Pasha was going to the Kumkapi beach. Ahmed could not catch Mason Pasha, but Abdulhamid saw Mason Pasha on his way to Thessaloniki in a boat. The Masons held a meeting in Thessaloniki to become the grand lodge. Meanwhile, Abdulhamid called all Pashas and told them that Selim was a mason.

Zainab Yaqoob - May 6, 2021 0
Pakistani's and Amazon Good news for Pakistani sellers. Finally, Pakistani enterprising individuals and companies will be able to promote and sell their products to the...