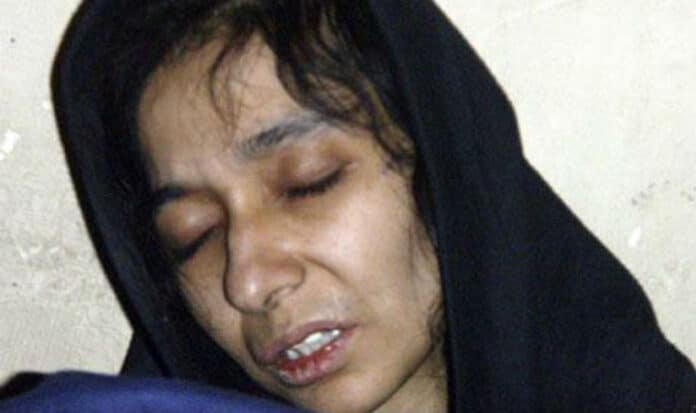 On Saturday, the speaker of the foreign office said that  Pakistan has appealed a conventional application to the US officials command to inquire about the attack on Dr Aafia Siddiqui in prison.

He also said that the consul general in Houston of Pakistan visited Dr Aafia in jail to ask about her health. She had received some minor injuries as she was recovering. We came to know about this on July 30, 2021, when we met with the fellow person of Dr Aafia in jail. It is told by Zahid both the embassy and the consulate in Huston are trying their best to provide and guarantee that Dr Aafia should be looked after properly during her imprisonment at FMC Carswell.

Dr Aafia had sentenced to 86 years incarceration by the United States federal court for the attempt to murder United States military staff in Afghanistan. In Texas, she is completing her sentence at the medical centre of Federal, Carswell. Some incidents of abuse against Dr Aafia has been reporting in the last few years. A confidential report was prepared by the Govt. of Pakistan in June 2018 of the visit to Dr Aafia and she claimed that she was facing some physical and sexual abuse during her running imprisonment.

In this report, it is requested to the diplomatic forces of Pakistan that they should take up the case to the higher levels to find a path of her return. So that she could complete her imprisonment in Pakistan, where she can live with modesty and her privacy will not be interrupted. The Government of Pakistan has been raising this issue continuously with the officials of the United States.  But no success is being achieved in this matter.

PEMRA and Pakistan Law Makers Under Fire Due To Controversial Internet...