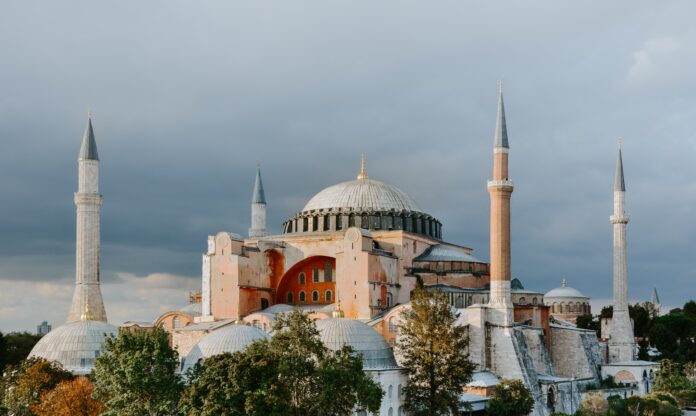 A Turkish court restored the status of Hagia Sophia mosque, stating that its conversion into a museum was illegal because it breaks the will of its contributor Sultan Mehmed II, as he gave the Hagia Sophia a status of the mosque after he conquered Constantinople in 1453.

Hagia Sophia gains an enormous number of visitors by getting back its status after decades of functioning as a museum and church.

It is reported by the mufti of the Hagia Sophia, Professor Mehmet Emin Masallı, that over 1.5 million visitors have visited the Hagia Sophia after its reconversion into a mosque. They received 30,000 visitors on Fridays and more than 15,000 on weekdays.

Hagia Sophia was built in 360 for the first time as a church under the rule of Constantius. Its structure got destroyed in a fire in 404  and after reconstructing, it is again damaged in 532 because of many political conflicts. Isodorus and Anthemius then completed its wonderful and symbolic structure in 537, which is still standing today. Originally it was constructed as a basilica and then converted into a museum of Muslim and Christians artefacts.

Entrance to the site would be free. They hide all the mosaics of Christians with curtain or lasers. Presidential spokesman Ibrahim Kalin said during his media talk that “some mosaics of Marry and Gabriel that are positioned toward Qiblah, where Muslims face prayers, would be covered with curtains. He added that other mosaics which are not in the direction of Qiblah would remain uncovered.

After the reconversion of Hagia Sophia from a museum to church, all the Christians all filled with fire and condemned this act of Turkish court and Government.

On the other hand, all the Turks are also divided into two groups on the issue. One is the majority wants it reinstated as a mosque while the minority of Turks want to retain its museum state.