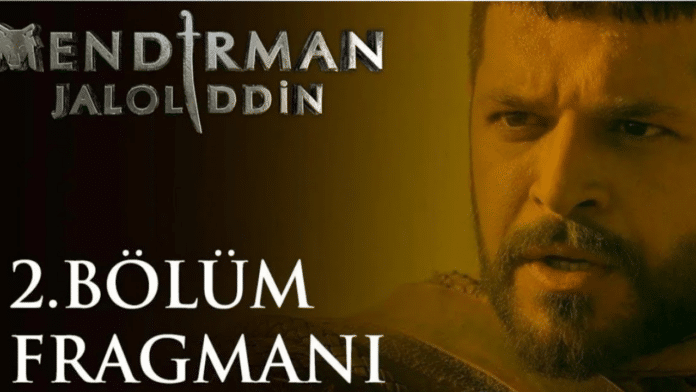 Turkan brought Shirin to the palace for Jalaluddin to get married as soon as possible, but Aycicek was very uncomfortable with this situation. While Genghis was about to kill the captive woman, Bahadir stopped him and told him that he was Shehzade Jalaluddin to be able to persuade him.

Genghis changed his death sentence and invited the envoys to dinner. Sultan Alauddin said that only Jalaluddin could decide on the marriage to end the dispute between Aycicek and Turkan, but despite this, Turkan started to make preparations for the wedding. Turks went to Genghis’s tent and prayed before dinner.

Genghis asked questions to Jalaluddin. Timur made some suggestions to improve trade between the two states. As the shamans sang after the meal, Jalaluddin dressed like a Mongolian soldier and secretly rescued the captive woman. The next morning Genghis went hunting early and left some gifts for Jalaluddin.

Jalaluddin learned that the captive woman’s name was Kutlu Bike. Kutlu said that her whole family was killed by Genghis. Upon this, Jalaluddin said that nothing bad would happen to Kutlu from now on and took her to the palace.

Nazir Hussain - August 8, 2020 0
During a five-hour closing debate, lawyer Donna Rotunno argued that Weinstein's accusers had chosen to engage in consensual relationships and often negotiate with him...

Who was Ahmed Yesevi (Ahmad Yasawi) A Historic Figure | Read...