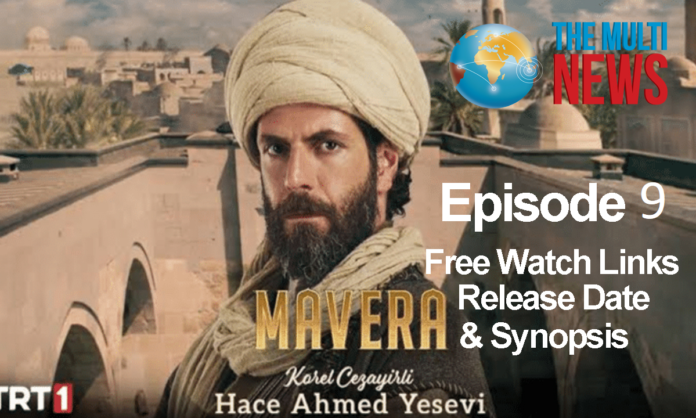 In Mavera Episode 9, The Crusaders realized that Saltuk was a spy and attacked him, but Saltuk managed to escape from there. Dai caught Leyla in Baghdad and told her that she should follow all the next orders without question. Tarik realized that the water he received from the church was not helping his son’s illness this time, and went to ask Ahmad for help. Ahmad sent Mansur to the plain and asked those there to prepare an ointment.

Ahmad then went to the library with Tarik and started studying the books. Shortly after, Khwaja said he saw this disease in a book by Ibn Sina and read how to treat it. Saltuk and Mahmud went to the nomadic plain. Ahmad removed the fluid from the boy’s eye using a needle and began to wait for her to heal. Soon the boy started seeing again and Tarik thanked Ahmad.

As the loyal soldiers of Asife, Mahmud and Saltuk went to the palace and started to control the surroundings. Mervan realized that there were not as many people coming to the derby as before, and he was angry with Ahmad. Mervan sent some bandits to attack those who left the dervish lodge. Ahmad saw a wounded dervish and realized that Marwan was doing it. Khwaja blamed Mervan, but he denied all the charges and attacked Ahmad. Ahmad injured Marwan on the face.

Nazir Hussain - August 7, 2020 0
Harry was in the studio to meet the singer and members of the military veterans choir in one of his last engagements as an...