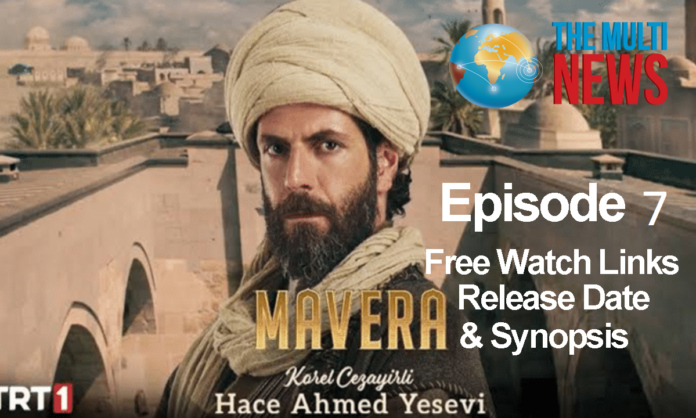 In Mavera Episode 7, Leyla told Ahmad that Nejat was planning to kidnap the caliph’s daughter. Pehlivan did not believe in Leyla, but Ahmad set out to go to the palace with his friends. Atif learned that Asife’s nanny was talking to Khwaja and asked her to leave that night. Atif then sent a soldier to tell Dubeys that Asife was leaving that night and the route she would use. Ahmad went to the palace but Atif did not allow him to speak to the caliph.

Ahmad found out that Asife was already on the road and went looking for her. Dai began to think that Leyla knew about this kidnapping plan. Dubeys set his trap and started waiting for Asife. Dubeys then attacked the caliph’s soldiers and captured Asife. Dubeys sent one of the soldiers he had captured to the palace. Ahmad followed the trail and found the dead soldiers. Ahmad then returned to town and asked Sahsuvar to find Saltuk.

Atif learned that Asife had been kidnapped and killed the soldier who brought the news. The priest brought the barrels full of gunpowder to Tarik’s shop and told him to keep these barrels full of saffron. Tarik’s apprentice accidentally knocked down one of these barrels and Tarik saw the black powder inside the barrels. Dai gave Atif poison to make the caliph sick. Ahmad found Saltuk and told him they had to save Asife.

Saltuk set out with Ahmad and found Dubeys’ headquarters. Meanwhile, the crusaders once again brought barrels full of gunpowder. Atif made the caliph, who used the poison in his hand, sick and said that he would do the state affairs until he fully recovered. Saltuk sneaked into the warehouse and detonated the barrels full of gunpowder. Ahmad and his friends began attacking, but soon Dubeys’ soldiers surrounded them.