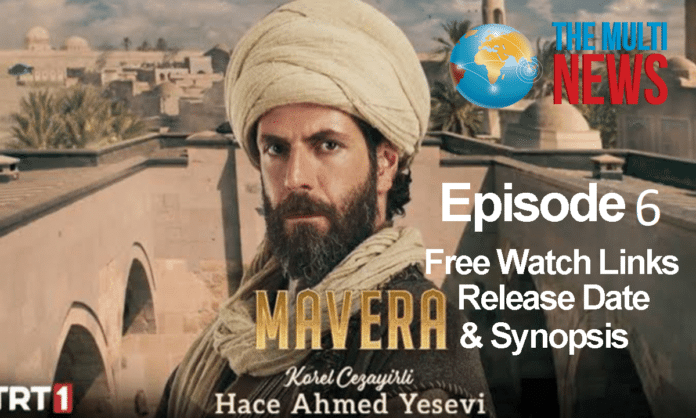 In mavera Episode 6, The Caliph went to the Sazlik district with his soldiers and took Asife from there. Atif said that Ahmad was trying to use Asife, so she had to go to a safer place, Basrah. The Caliph accepted this proposal. Pehlivan saw Dai leaving Leyla’s house and saved Leyla from the attack of several thugs.

Pehlivan took them to the nomadic plain. Saltuk said a strong man helped Dubeys and showed the gunpowder he had seized from his headquarters to his commander. Ahmad wanted to talk to the traders the next day to help the soup kitchen, but the merchants in the market had already prepared food to send there. Mervan was very annoyed by the merchants helping Ahmad and the Sazlik neighborhood and started blaming Ahmad in the middle of the market. Ahmad said that Mervan’s bad words could neither harm him nor the things he wanted to do.

Asife said she did not want to go to Basra, but the Caliph had already made his decision on this matter. While Dubeys was examining the Baghdad map, Dai came and told him that the caliph’s daughter was going to Basrah soon. Dai told Dubeys the way Asife would use and asked him to kidnap the caliph’s daughter. Asife started talking to her nanny and told her that she loved Ahmad. Nanny started looking for Ahmad.

Pehlivan told Ahmad about what happened to Leyla. Meanwhile, Sahsuvar spoke with Necip and decided to return the goods they had previously stolen. Sahsuvar went to the market with a car and told the merchants that he was doing this for Ahmad. Ahmad spoke to Yalgiz and told him that hatred and revenge were bad things. Meanwhile, the nanny came to the plain and told Ahmad that Asife was going to Basrah soon. Leyla heard what the nanny had said and told Khwaja that Asife would be kidnapped.

Afreen - January 28, 2021 0
Uyanis: Buyuk Selcuklu Episode 19 Release Date and Synopsis and How to watch with English and Urdu subtitles Free of cost