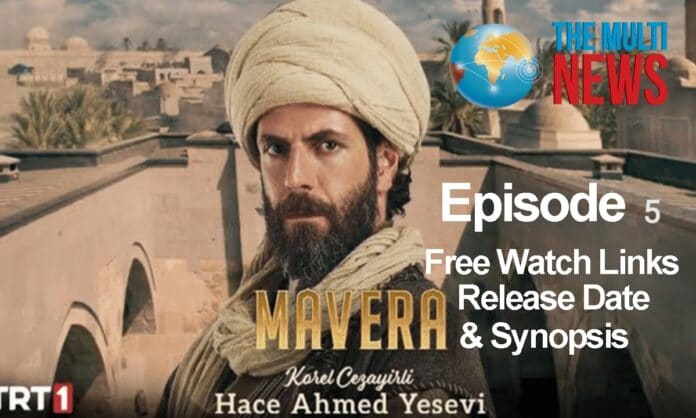 In mavera Episode 5, Pehlivan saw Dubeys leaving Leyla’s house and told Ahmad about this situation. Ahmad asked his friends to be calm. The next day, Pehlivan went to Leyla’s house again and paid her the rent of the shop. Leyla was very uncomfortable with what Pehlivan said. Asife told her father what happened in the lodge, but Atif insisted that Ahmad was a bad person. Saltuk went to the carpentry workshop.

Ahmad said that he knew he was working for the Seljuk state and that he saw Dubeys in the city. Atif told the caliph that Asife should not leave her room, but at the same time, he made a plan so that she could secretly leave her room. Atif later said that Asife would go to the Sazlik neighborhood to meet Khwaja and asked the soldiers to follow her secretly. Ahmad continued to carry stones for the soup kitchen and even later began to transport manure. Some traders saw Ahmad but did not help him.

Leyla went to the market and was angry at the traders for not helping Ahmad. Leyla then told everyone what happened to her years ago and said that the merchants in Baghdad would not easily help anyone. Leyla took off the necklace from her neck and gave it to Ahmad. Ahmad soon went to Tarik’s shop and wanted to know the value of the necklace, but the merchants said they would help him.

Ahmad went to the Sazlik neighborhood that night with all the food he collected and prepared food for the poor there. Ahmad then said that it is very important for people to help each other and told a story about the Prophet. Shortly after, Asife came and thanked Khwaja for what he had done. Atif’s soldiers came and said they would take Asife to the palace. Ahmad said that he would deliver Asife only to the caliph, and at that time the caliph came to the Sazlik district.