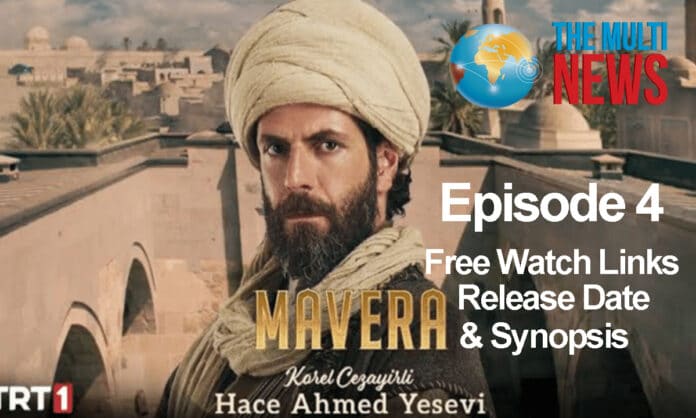 in Mavera Episode 4, Ahmad prayed with the nomads and set out to return to the derby. Mervan started talking to the dervishes and told them Ahmad was causing a lot of bad things. Dervishler agreed with what he said. The soldiers sent by Atif came to the derby. Ahmad and his friends came to the derby, but Mervan did not let them in. Ahmad told him that he had no such jurisdiction, but left to avoid war in the lodge.

The priest at the church said that Baghdad should now be ruled by Christians. Tarik and some merchants visited Ahmad. Ahmad told them everything was fine and asked them to help with the soup kitchen. While Ahmad and his friends were getting ready to sleep in the carpentry workshop that night, the nomads came and invited them to their plains.

The next day Asife learned what had happened to Ahmad and went to the plain to see him. While Ahmad was talking to Aytolu, Asife came and said she was sorry about what happened to him. Dai studied the map of the palace with Atif and asked him about the palace. The Crusaders gave the barrels full of gunpowder to Dubeys and asked him to take the barrels to the church in Baghdad. Ahmad started working in the quarry for the soup kitchen he wanted to set up. That night Dubeys and his men arrived in Baghdad with barrels full of gunpowder. A soldier of Atif helped them enter the city.

Dubeys went to Leyla’s house and met with Dai there. Dai told him that the caliph would be defeated before fighting. Ahmad and his friends planned to start a soup kitchen two months later with the money they earned. Pehlivan went to Leyla’s house to pay the rent of the shop but saw Dubeys leaving the house.