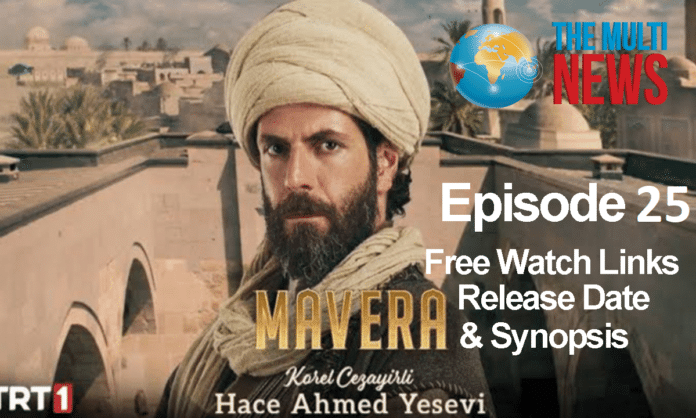 In Mavera Episode 25, Haje as a delegate came to talk with Dubeys and informed him that Baghdad would not give up. Aytolu was asked by Dai that to murder Infidel but she denied it. Dai asked again and again and Infidel was stabbed by Aytolu. Dai also said to Aytolu to murder Haje at the right time so that he would go to Heaven. Atif informed Dai about Haje. Dai asked them to cool down. Asife informed Ahmed that she was not going to Basra but she would protect the city by staying here.

Afterward, Aytolu came back to the plains of nomadic and everybody was pleased with the return of Aytolu. Aytolu told them that she was arrested by those who assaulted the gypsies. Asife was talking with Haje when Mansur informed them about the return of Aytolu. Quickly, Haje went out. Aytolu told about where her brother, Almas, and other people were kept. Khutluk felt that Aytolu did not know anything and told Aytolu that everyone had died.

Aytolu wept and think of what Dai had informed her. Asife considered that Haje has love feelings for Aytolu and began to cry. Haje asked Mansur to call the people to the dervish inn of the plain. Dubeys and Atif were talking about their attack plan on Baghdad. Aytolu told Mansur about the sounds in her mind. Mansur noted down everything and told him that he did not learn anything from it. Aytolu had a dream about Urungu that he asked her to take care of herself. Later, Aytolu remembered what Dai had asked.

Haje told that he would protect Baghdad with the aid of Allah and prayed for it. Asife asked her father that she would go to Basra and set put to plain to say goodbye to Haje. Asife was talking with Ahmed when the soldiers began to talk about Dai. Aytolu reminded the mission of Dai and took out his knife to murder Ahmed.

Episode 25 will appear here with English subtitles after release

Episode 25 will appear here with Urdu subtitles after release