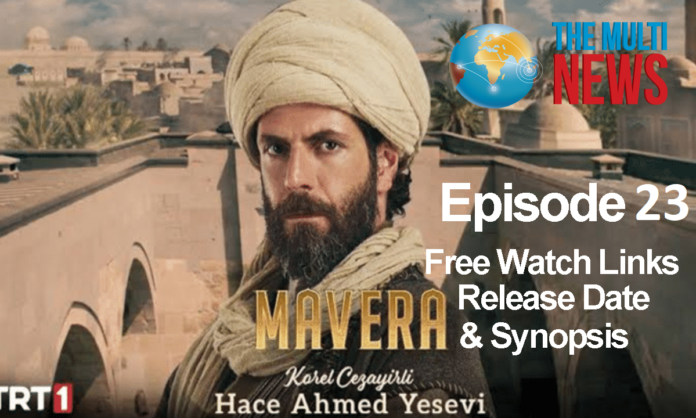 In Mavera Episode 23, Ahmed appreciated the gypsies and came back to Baghdad. Pehlivan informed that Adnan was killed by Leyla and apologized for it. Haje asked him to relax. Shortly, Saltukh went to the spoon shop. And there he said that he felt something unique after talking with Hemedani. Ahmed said to Saltukh that everybody chooses his path and he should break his chains. Then, Pehlivan talked with Leyla in the nomadic plain. Now Pehlivan confessed that he had feelings for Leyla.

The commander of the sultan in the get-up of a vagrant went to the town. Saltukh came to know that possibly his father was not dead. Saltukh was surprised to hear this news but he trusted his commander. Dubeys thought that Infidel was futile and proceeded to murder him but he was stopped by Dai. Infidel asked Atif that the firearm was ready to use. However, Atif was failed to use the weapon. Dai asked that now he should take responsibility for it.

Meantime, Dai followers fenced the plains of gypsies. Ahmed came to the dervish inn. Mansur said that Mahmud and Pehlivan did not communicate and they were quarreling. He also informed Haje that Shahsuvar had not eaten something yet. Haje advised Shahsuvar to take care of him more. Ahmed took Shahsuvar with him to the graveyard of Necip.

Shahsuvar asked that from now on he would do everything whatever Haje wished from him. The men of Dai assaulted the gypsies plain. Pehlivan and Mahmud resisted them and some other people passed away in the plain. When Ahmed came to know about this situation, he came to the nomadic plain quickly.

Episode 23 will appear here with English subtitles after release

Episode 23 will appear here with Urdu subtitles after release