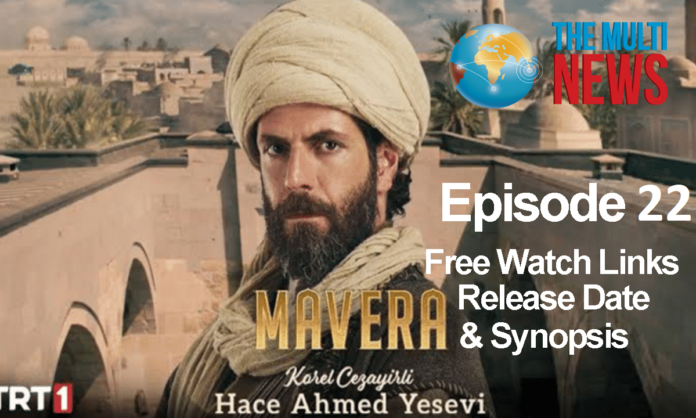 In Mavera Episode 22, Leyla came to the plains of nomads. however, Pehlivan did not appropriately talk to her. The helper of Mervan was killed by Shahsuvar privately. Khutluk brought the medicine and Haje began to give it to the people of the Sazlik neighborhood. Leyla was trying to find the reason for acting of Pehlivan’s cold. then she was informed that Atif is told by Adnan where the caliph was. Pehlivan confessed in front of Haje that he was in love with Leyla. Ahmed pacified him and narrated a story.

Leyla inquired Adnan about the reason for his doings.  Adnan replied that he did anything just for Leyla and confessed the murder of Mahbube. Leyla got furious and attacked him repeatedly. Then, Shahsuvar told that he wished to become a pupil of Mervan. Mervan commanded him to kiss his hands but Shahsuvar captured him. Mahmud and Haje respectively tried to help him but Mervan was killed by Shahsuvar. A man was taken by crusaders to protect against the attack of Dubeys on Baghdad.

Haje took care of the wounds of Shahsuvar however, he said that he was near to death. A man named Infidel started to make the instruments for the attack on Baghdad.  This man was suspected by Atif. Atif tried to communicate with him but he could not. Sedat informed Dubeys that Mervan was killed by Shahsuvar. Dubeys thought of making a new plan. Dai said that the death of Mervan was not important.  Dubeys instructed Infidel to work speedily but he said that he had already made the blockade vehicles.

Ahmed felt that the medicine of Khutluk had cured the people so he appreciated Aytolu. Later, Haje proceeded with Aytolu to the plains of nomadic. Pehlivan came to the house of Leyla to communicate with her but there he saw the body of Adnan. Haje began to say something regarding the prophet and about his wife. Ahmed felt that Leyla was nervous. Leyla wished to have a life like the stories of Ahmed. Haje assured Leyla of practicing justice for what happens.

Episode 22 will appear here with English subtitles after release

Episode 22 will appear here with Urdu subtitles after release