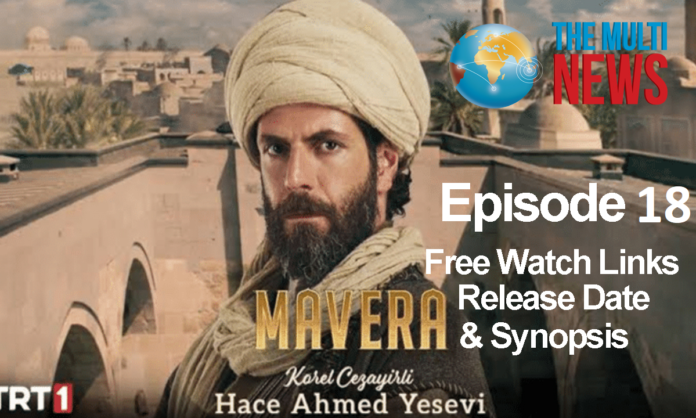 In Mavera Episode 18, Hemedani with Ahmed continued his journey to Baghdad. Saltukh came to the city but he did not see his companions there. Tarik informed that Haje moved out from Baghdad and the district of Sazlik was attacked by Mervan. Pehlivan took a step when he came to know about the funeral of Mahbube which was not going to be held. Saltukh moved to the neighborhood of Sazlik and told that he knew about the secret place of Dai.

Mahmud was pleased to hear this news but Shahsuvar said that only Mervan is his rival. Saltukh with his companions began to proceed to the secret place. Atif Saw that Asife was giving medicine to caliph privately in his room. Pehlivan informed Leyla that imam agreed to the funeral. Mervan ordered Dervishes to call him Sheikh. Dervishes told Pehlivan about the funeral. To talk with the doctor in the palace, the nanny of Asife cut her hand and informed that gypsies had given the medicine to Caliph.

The doctor then got the medicine from gypsies. Dai informed his soldiers about the coming of the guests and asked them to be prepare. Hemedani with his disciples went to the grave and began to tell the story of the man in the graveyard. the soldiers of Dai indicated each other for the attack. Then they throw an arrow at the man but it was a part of the plan of Saltukh. The soldiers of Dai were caught by Saltukh and inquired them.

When the body of Mahbube was near to bury, Mervan and his companions were against it. Pehlivan argued with Mervan. Hemedani arrived when merchants were trying to cease them. Hemedani appreciated Pehlivan for his effort. Hemedani prohibited Mervan to not visit the dervish lodge. Hemedani talked with dervishes and narrated a story to them that night.

Episode 18 will appear here with Urdu subtitles after release