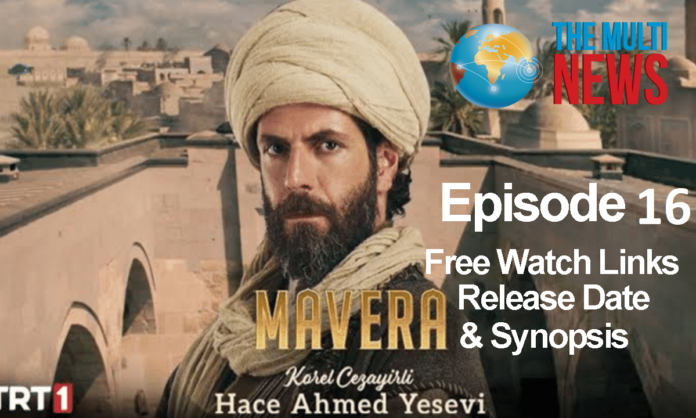 In Mavera Episode 16, Ahmed and Mansur left the dungeon and came to the spoon’s shop. The merchants were pleased to see them in the market. Almas came to know that Ahmed was set free and learned that they would celebrate that night. Haje spoke about the man he watched in the dungeon. Pehlivan told that they brought out Ahmed due to Asife and took everybody to the gypsies plain. Atif informed Dai that he freed Ahmed because Leyla was unfaithful to them.

Dai appreciated Leyla for what he did and asked that she would win the trust of Haje. Saltukh went to met the tribe of Bedouin and asked them to bring some troops to Dubeys. In a few moments, Uzeyir enlisted some troops from the Bedouin. Atif met Mervan and asked him it was the right time to assault the district of Sazlik. Mervan recruited some men to attack with the gold he took from Atif and preceded.

Dai speaks to Adnan to show his allegiance and set to him for a mission. To take revenge on his family, Yalgiz was near to assault Akboru. In the Neighborhood, Mervan’s men began to attack everybody. Saltukh made e plan to divert the soldiers of Dubeys and pointed his companions.  Dai informed that the Sazlik neighborhood would attack by Sazlik and there they began to give poison to people.

Saltukh saw that Dai was communicating with Dubeys and postponed his plan. Asife reached to the plain of gypsies and talked to Ahmed. Ahmed applauded Asife for her efforts. Asife said that this gratitude was mainly for Pehlivan and Mahmud because they brought the papers of Hisam. Ahmed was surprised to hear this and asked his companions about their efforts to protect him.

Ahmed was annoyed with his friends for debating his tyrants and went out with Mansur. After a long period, the Caliph opened his eyes and asked about Atif. Ahmed informed Mansur that they were coming back to Turkistan.

Episode 16 will appear here with Urdu subtitles after release

Afreen - December 25, 2020 0
Kurulus Osman Episode 40 Release Date and Synopsis and How to watch with English and Urdu subtitles Free of cost