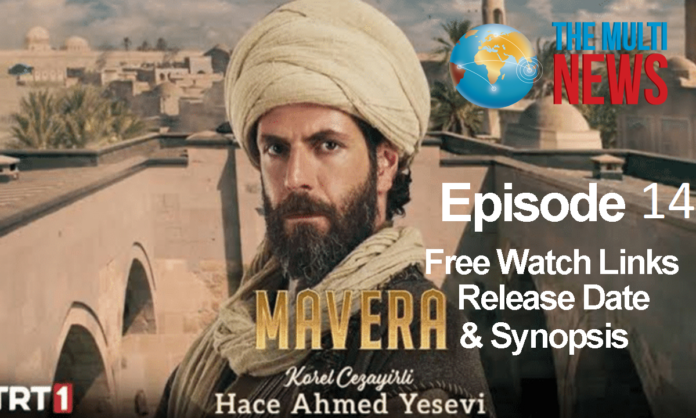 In Mavera Episode 14, Ahmed and Mansur were arrested by Atif’s soldiers in public.  When Pehlivan came to know about the incident that occurred in the market, he moved to the plain of nomadic instantly. Atif knew that both Ahmed and Mansur were in the cell. Shahsuvar knew that Haje had been captured and Hisam had led it. Shahsuvar informed Mahmud about Hisam and decided to take measures to assault his lodge. Shahsuvar communicated about the priest with his commander and later Saltuk moved towards the lodge with them to support Shahsuvar.

Mervan called Atif to the Dervish Inn and informed him that as a priest a man was concealed.  Pehlivan informed gypsies about what had occurred in the market and asked them to make the tax money, they should proceed with the trade.  Almas said that there was no obligation to carry out something regarding this since Leyla provided money to them. To pray in the jail, Ahmed began to clean the dungeon however the murderer Husrev was disrupted by Ahmed.

Atif informed Dai that the priest could not be captured by Mervan. then, Dai moved towards the headquarters of Dubeys and directed him to search the Karguy’s headquarters that was the hidden surveillance organization of Turks. Dubeys said that it was very tough but Nejat ordered him to expel the priest. Hisam’s soldiers were killed by Saltukh and Mahmud although Shahsuvar assured their arrest.

Hisam told that his customers were evacuating the lodge and because of it, his money was falling. That’s why he decided that night to take Mansur and Ahmed to a wrestling event. Asife planned to release out Haje from the cell but he denied. During the wrestling match, Mahmud located a knife and let out Saltukh. Concurrently, Shahsuvar came into the room of Hisam and grasped his chest. Dai entered the cell while Ahmed and Mansur were conversing.

Episode 14 will appear here with Urdu subtitles after release